What I learned at “Renovation School” in Tokyo 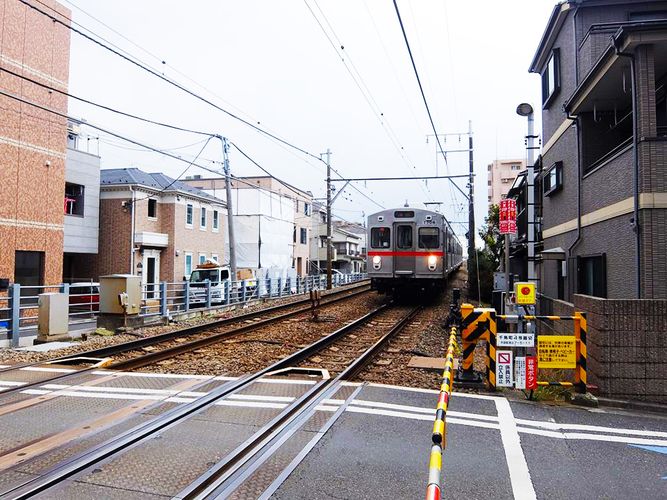 Have you ever heard of the “Renovation School” in Japan?

You might already know that Japan is experiencing a rapid degeneration due to the declining population. This decline raises a lot of social issues such as daycare, taxation and a critical labor shortage — and remarkably the increasing number of vacant homes, stores and abandoned infrastructure is part of the problem we are facing.

In recent years, people have gradually started to realize that not using these vacant buildings in order to create something valuable for their communities is a waste. This is the reason why renovation is becoming increasingly popular as a way of urban intervention. It is an act of appreciating what we already have, and updating it to add new value so that it can fit the needs of our contemporary life and future.

What is the “renovation school” in Japan?

The Renovation School, originally started in Kyushu in 2011, is a d/4 days “place of practice” into which participants are divided into small units and come up with action plans to reuse the targeted vacant houses. Participants also need to think about business models to make the plans realistic and feasible. At the end, the participants then propose these plans to the real estate owners, aiming to bring these plans to fruition after school. Although it is called “school”, it’s not about the “learning”, but rather the “doing”.

I heard about this movement when I lived in Copenhagen, and I’d been wanting to be part of it ever since. In 2017, I finally had an opportunity to participate in a 3-day Renovation School, which at this time focused on the Ikegami area, the south part of Tokyo. The school was under the sponsorship of the Tokyu Corporation — one of the major private railway companies and land developers in Japan — which I found it a little ironic, but I’ll talk more about that later in this post.

In this blog post, I try to explain what Renovation School in Japan is like, and how it (even though they never really articulate it as it is) uses a great design sprint method within the 3 days. I hope it also helps you understand a little bit where Japanese urbanism is heading.

At the beginning of the School, participants (by the way, even though it’s called “school”, most of us were not students but full time workers) were divided into small teams. Each team got to meet a house owner who owns a vacant building — they don’t know what to do with it. Our mission is to come up with a renovation plan and business model for that vacant building in order to give it a new life. I will quickly summarise what we have done in 3 days at the Renovation School. This little building was our team’s assignment

The first day is all about input and developing an understanding of the area — these buildings are empty for a reason, right? It’s not like we can make WHATEVER in WHENEVER. No one wants to build a Disneyland in the middle of nowhere. If we don’t create shared knowledge and explore the problem from all angles under a shared brain, it’s extremely difficult to come up with a realistic plan — that’s why this first day of understanding is crucial during the Renovation School, we were told.

Doing an interview with a local shop owner

This time’s focus area is called Ikegami, which is known as the last stop of the Tokyu Ikegami railway Line. The area has attracted many people since ancient times, as it is part of the path to the famous Ikegami Honmonji Temple. However, Ikegami is not an exception to the sad Japanese urban reality, that faces the population decline and the rising rate of vacancy.

We spend the first day doing field work and intense desktop analysis, observing the people in the area and physical environment, as well as gathering data such as demography and learning about histories. We also conducted a lot of interviews with shop owners around our targeted vacant buildings.

We gathered the memos of interviews, new findings obtained from field work,documents/materials to explain the history, demographic data etc — time for synthesis. The question to be asked is, of course, what is needed in this place? We had an intense brainstorming session to come up with the solicitations and we chose which ideas should be prototyped.

Although there were countless ideas to reuse the vacant houses — such as making it a coworking space, cafe, private residence, etc…, it is likely that some of these ideas just don’t quite fit in certain places. We also need to think about the users and stakeholders, management and management systems too! Finally we presented our idea in front of the building owners, landowner and developer, and of course, the locals and see how they interact with our ideas and get direct feedback from the target audience. Even though we had a great idea, we knew that the presentation for them is as important as coming up with solution ideas themselves — otherwise, who will give our ideas a chance?

That was a rough summary of what we did during the 3 days, and below, I will share the three things that I learned from the renovation school. The purpose of the renovation school is to make the ACTION plan, not the proposal itself. That is why the business model and the feasibility of the management system are quite important — otherwise, what’s the point of having a proposal?

Our team members were full of ideas — renovating an empty building into a community center and inviting more people / would be amazing to have an bar inside so that people could gather and chill.But, then, who can proceed? When the question was returned, silence often spreads fast.

When the question “who will do it?” remains ambiguous, only ideas are kept scattered, and at the end of all the good ideas just melt into air. It is necessary to thoroughly discuss the proposals that you really want to realize, a proposal that specifies actual actors.

….but of course, it doesn’t mean that we can’t “dream” about all the nonsense.

Traditionally, specific experts such as urban planning experts, architects, real estate agents and developers have stipulated the way the city is. However, as society became more complicated nowadays, our citizens are responsible for the way the town is. I believe it is through interdisciplinary cooperation that we can unbind ourselves from the framework of specialised fields. I always find it very suggestive that Jane Jacobs is neither an architect nor an academic researcher.

The second thing I learned at the renovation school was exactly this interdisciplinary collaboration. In my team (there were 9 of us in total), there was a designer, banker (!), architects, researcher, and media expert as well as a public officials, all different genders and ages. Everybody had different background and beliefs, and for that reason, there were some moments of conflicts and disagreement, I wouldn’t say it was easy — but isn’t this “chaos” itself is what we have in cities? I love these small details of everyday life inTokyo

In the Renovation School, as mentioned above, each team gets one existing empty house/building to work on a proposal for. I was taught at the school that we need to add “personality” or, let’s say, “story” to the place, instead of calling it a property — which sounds too static and impersonal.

If there is no concept or a story that people can sympathise with, as a place where there is nothing to be changed anywhere, new values ​​and the like are not born from there. If you want to create a place that you want to carry your feet, you should scoop out features like characters and characters that stand out from that place and languages ​​together with stories that everyone can sympathise. So…after those intense 3 days, I still ask myself — what is my role in making cities more livable and sustainable? What will happen to Japanese cities in the future? Even though the rate of vacant houses are still rising, most of the big developers in Japan, including Tokyu-Corporation (the organizer of the renovation school for this time), keep constructing new fancy buildings for urban redevelopment. I see an irony here. After spending 3 days of very intense design sprint, I couldn’t stop but hope to see more of those collective actions in Japan, especially NOW when urban development is booming before the Tokyo Olympic Games in 2020.

Let’s just hope that these new urban movements, such as the Renovation School, could shift the direction of Japanese urban development a little bit towards a better tommorow.