City and migration: Interview with Sankar Raman from The Immigrant Story

During my stay in Portland, I encountered a very inspiring project called The Immigrant Story, which collects stories and photographs of immigrants in order to document/archive their voices.

Sankar Raman, a founder of the project and a Northwest digital art photographer, believes that “The Immigrant Story is the American story.” 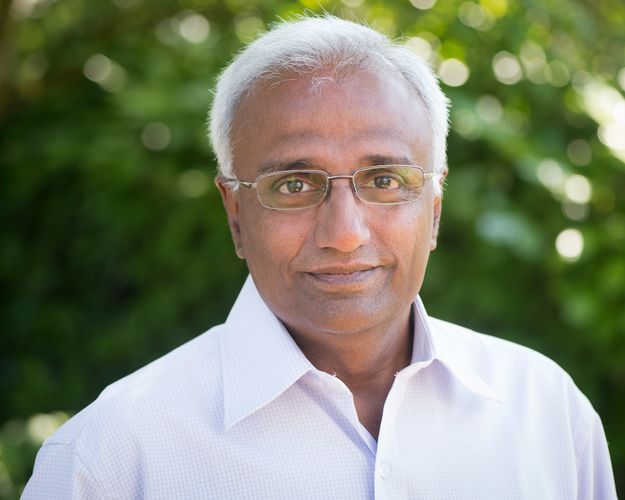 I’ve been always curious about the everyday life of immigrants in cities and how they experience cities. I interviewed Mr. Raman to learn more about the project and to hear what he thinks about the topic of city and migration.

Thank you so much for the time today. First, could you tell me a little bit about the background of the project?

Mr. Sankar: The first idea of the project was born right after the elections in 2017. During this time, the immigrants are increasingly becoming a scapegoat — and there is a growing tension and a divisive political rhetoric that makes us divided with “us versus them” mindset. I was not politically active and am not a political person, but I felt an urge to do something about it.

Let me tell you a real example that happened here in Portland. There was a little girl called Fatemah, she was from Iran and she was supposed to come to Oregon Health & Science University to go through her heart surgery. She and her family came from Iran to Dubai and were on their way to here in Portland, and it was exactly the time the Muslim ban went into effect. Because of the ban, she could not travel to Portland.

It became a big issue here; everybody was protesting. And it was then I realized that it is not just political rhetoric but real people (who) are getting affected by changes in policies made against immigrants. That has come to affect people in our community here in Portland. 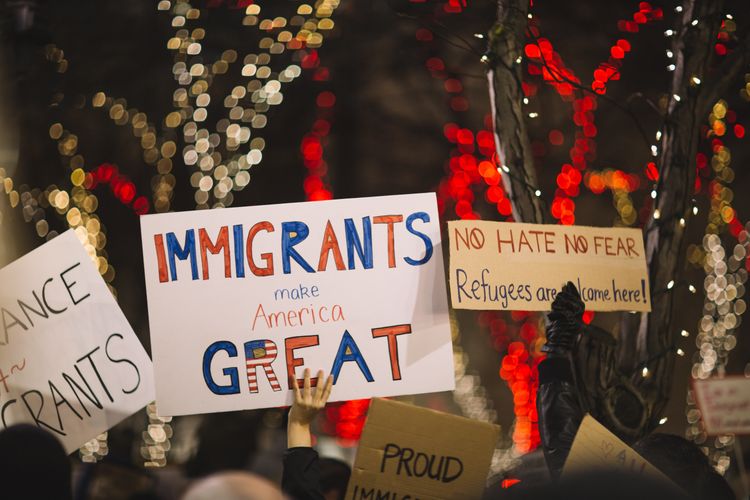 Photo by Nitish Meena on Unsplash

Mr. Sankar: I was not a storyteller or a writer, but I decided to start producing a counter-narrative against the dominant political rhetoric, which was portraying the immigrants as murderers, rapists and from shithole countries.

When you really look at the history of this country, everybody here came from somewhere else. Some of us came recently, some of us came years ago, some of us came (on the) Mayflower, some of us came 10,000 years ago. The fact remains that the country is built on the people who come here from the outside, and so it is rightfully called a nation of immigrants.

So how do we create change? I thought the way to do this is making the human connection by telling the real stories of immigrants. These stories are short form human interest narratives, and published with close-up portraits. We also make very large prints and showcase these stories as a gallery exhibition to create conversations.

When I first started writing stories and sharing these stories, my wife was the editor, so for the first few months we did all the publishing work by ourselves. After a few trials, I was really fortunate that so many high-quality journalists started to help us out.

Today, there are more than 20 volunteers sharing their talents and skills to create a very high quality content for our project. These folks are talented journalists, writers, photographers. Some of them worked for local newspapers or other big media outlets like the Los Angeles Times or Washington Post. We also have graphic designers, web developers and visual artists volunteering with us. More information about their site can be found here.

The art of listening 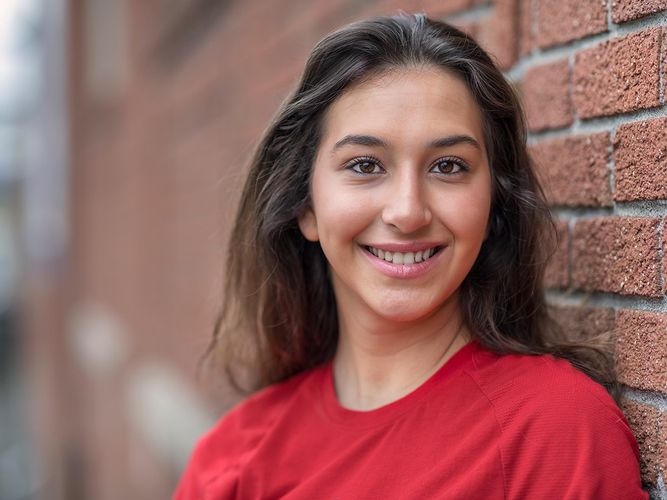 I’ve been curious why you picked storytelling as your methodology to tackle the challenge. So it is about the human connection, creating empathy among people, isn’t it?

Mr. Sankar: Yes, exactly. I mean, when I hear about your personal story, for instance, there’s no way I can hate you, right?

We spend about two hours with each interviewee and learn about their life — where the person was born, what the person does, how was the life before coming to (the) U.S. etc. We also spend a lot of time and energy in crafting the story so that it comes out really authentic.

How do you find these people to interview with?

Mr. Sankar: I really enjoy meeting people, and whenever I meet people, I am always curious about the stories behind them. When they have an interesting story to tell I write it down and ask them if they want to be part of this project to share their stories. That is my main way of finding people to interview,.

I am very curious to gather all these stories of diaspora, refugees and human displacements due to conflicts. These are very important stories to be documented.

I am curious about the relationship between the city of Portland and The Immigrant Story. How does the city affect your idea?

Mr.Sankar: Portland is a very progressive city. However, it still acts like a white city, and we still have problems.

In this part of town (Northwest), most of them are tech workers like me, working in Nike and Intel etc., and people are very diverse. This diversity, for some reason for me, I could navigate through that. I have not experienced any issues racially from my experience living in this part of the town.

For example, about a year ago, there was a stabbing incident in the MAX Train and two people were stabbed to death here in Portland. This kind of thing happens in Portland. Not often, but it happens.

I’m always curious about how immigrants experience the city, how they move here and interact with other communities, and how they experience discrimination and challenges. That’s why it’s really important to listen to personal stories, because they can only be truly understood by personal experiences.

Mr.Sankar: Exactly. Right now, we have an exhibition, that is been shown at the Oregon Jewish Museum in downtown. We call it “Who We Are.” It is a collection of stories of six muslim women from Portland that we designed to explore their emotions.

In these stories we profile the immigrant experience, a sort of oral history of our community. It is kind of a indicator of how the community was feeling at that time. In some of the these stories, you could see the raw emotions, the intensity of their feelings in these stories. It is through their personal experiences, through that lens so to speak, we explore race, identity and culture.

What is your next step?

Mr. Sankar: I have a big vision.

There are museums and memorials for many things, but we don’t have one to signify the achievements and accomplishments of immigrants in this country. I want to change that.

I want to have a place where we celebrate it. I think it’s important to have an actual place where you can bring people in and explore visually. When you do that, you won't be able to speak ill of immigrants then. 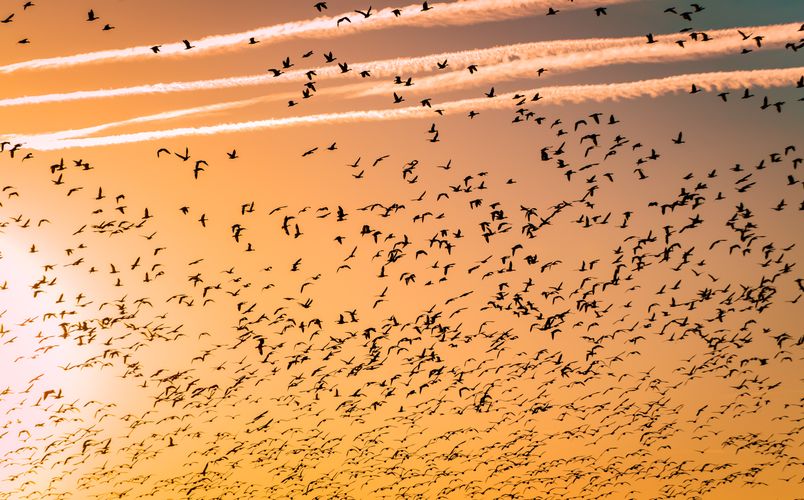 Photo by Barth Bailey on Unsplash. We all travel

I like the way you interchangeably use the term “immigrants” to represent everyone. To you it implies everyone; it’s not only the people who arrived recently!

Mr. Sankar: Yeah, everybody! Basically, we are all immigrants. We all migrate continuously for some reason or the other.

Let me tell you one story of myself, which is very personal to me. I came from a very small village in India — a very small community, and nobody knows how long our community has been there in that village.

But then, when I do my DNA, it says I traveled through the spice route — meaning that I came from somewhere from the Middle East, and they have traveled over the years through that spice route to the Indian subcontinent through Iran, Afghanistan, through Pakistan to India, and then came down to south of India.

My point is that the path my ancestors took is a true way to understand human beings. Humans travel — and not only humans but their cultures, languages, food, etc., with them. We have to keep it that way!

I agree. I can’t wait to see a place that celebrates diversity and migration. Thank you so much for the time today! 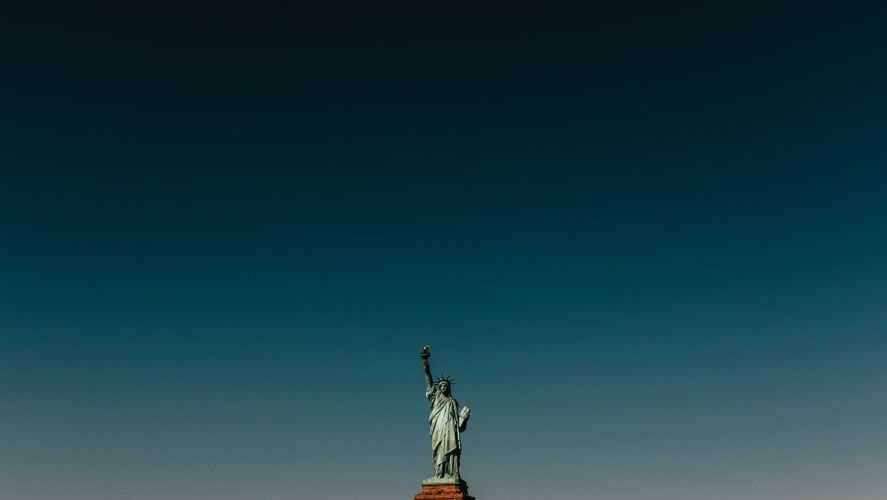 Photo by Wellington Rodrigues on Unsplash