While the story itself is quite intriguing, I got so hooked on the looks of the housing complex where the movie is set, and the main characters live. The gigantic social housing complex and their middle-class apartment units left an interesting impression on me. I soon found out that this neighborhood is called The Conjunto Urbano Nonoalco Tlatelolco, located in the north part of Mexico City. Tlatelolco neighborhood is the largest apartment complex in whole Mexico — and second largest in North America. 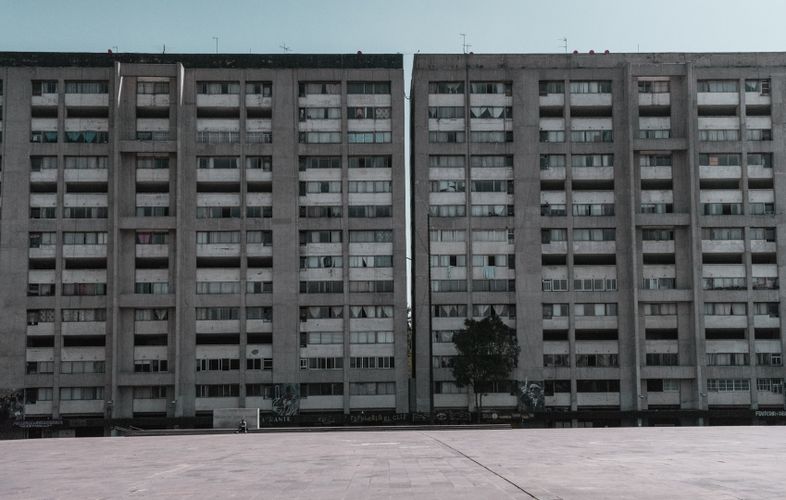 Once I started to dig deeper into the story and history behind the housing complex, I discovered that this neighborhood is famous not only for its size, but also its complex, and quite tragic history.

Tlatelolco, a site of three cultures.

When you check a map, you would notice that there is a sizable plaza in the middle of the Tlatelolco neighborhood. The plaza is called the Plaza de las Tres Culturas, where three major tragedies in Mexico occurred, including Mexico’s pre-Hispanic and colonial pasts.

First tragedy: the massacre of Aztecs

Tlatelolco was established as a city-state by the ascendant Aztecs and their empire. During the Spanish conquest of Mexico in the early 1500s, Tlatelolco was the site of the last battle between the Aztecs and the Spanish conquistadors. We all know who triumphed the battle — around 40,000 Aztecs were killed in this site. In the Plaza de las Tres Culturas today, there are still the remains of Aztec temples that you can visit, as well as the Catholic church of Santiago de Tlatelolco. 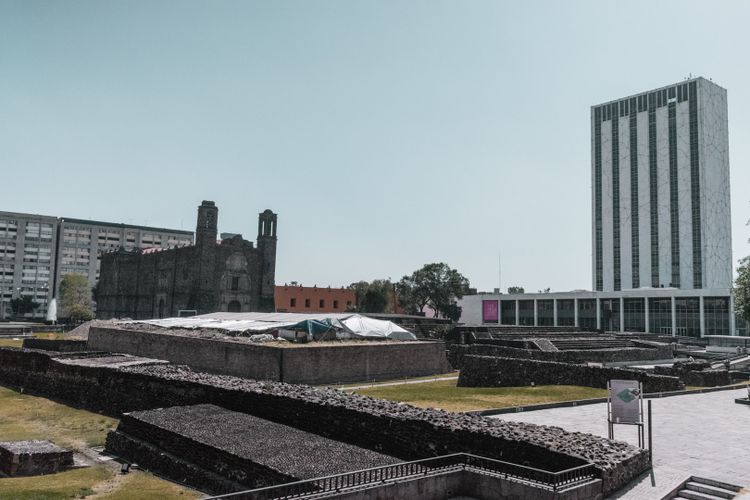 Second tragedy: the massacre of protesters ahead of the 1968 Olympic Games

After the country's independence in 1810 and followed industrialization and urbanization resulted in a serious housing shortage in Mexico City. During the 1950s this site had turned into a site of a modern housing project, as we know today. Here, former Aztec temple and the Spanish church were converted into a plaza, named Plaza de las Tres Culturas, after the Aztecs, Spain, and Mexico).

1968, the student movement was at its peak in Mexico — and this is when the second tragedy happened. In 1986, just 10 days before the first Olympic game in the country, protesters gathered in Tlatelolco for a rally — then, police officers and military troops shot into a crowd of unarmed students, leaving 350 people dead. The event is considered part of the Mexican Dirty War. 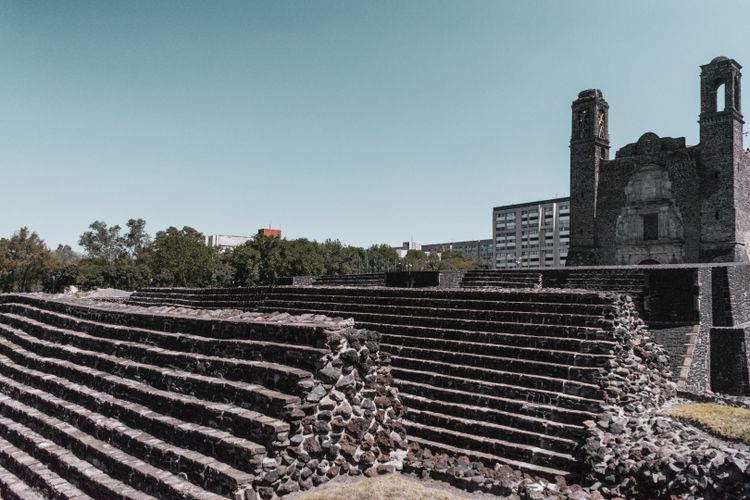 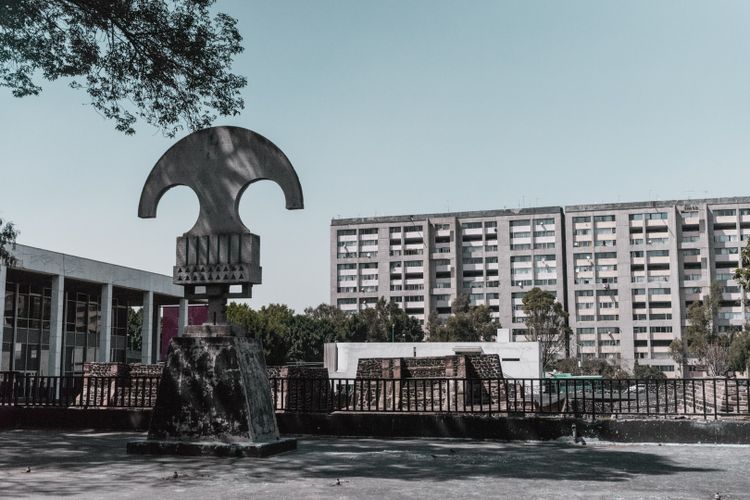 Two decades later, 9 September 1985, Mexico was hit by an 8.1 magnitude earthquake — two segments of the Nuevo León building in Tlatelolco collapsed, killing 200 — 300 residents inside. With a poor reconstruction plan, many residents eventually undersold or abandoned their apartments after the event.

Tlatelolco was built in the 1960s by architect Mario Pani, who became the biggest proponents of the modernist ideas of Le Corbusier in the country.

Having its own schools, hospitals, stores, and other facilities inside, Tlatelolco was seen as a city within a city, and being considered as the most innovative building design of the time in Mexico.

Unfortunately, this modernism dream ended up setting the stage for another installment in Tlatelolco’s tragic history. Just as Pruitt-Igoe in St Louis in Missouri had demonstrated the “death of modernism”, Tlatelolco embodied a failure of modern urban planning in Mexico. 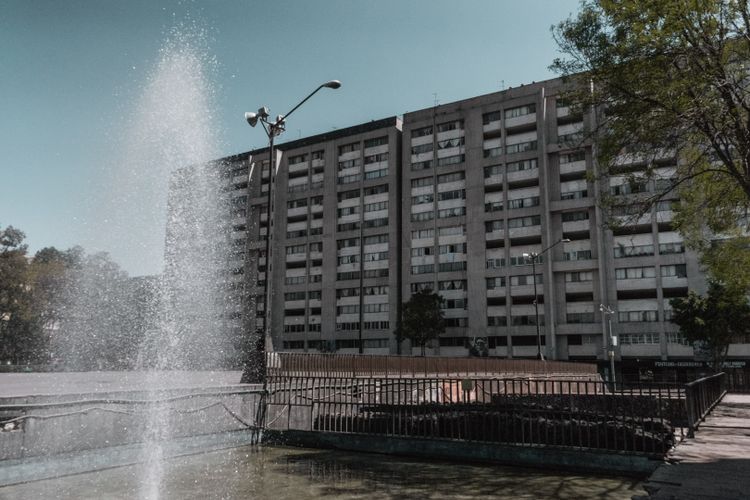 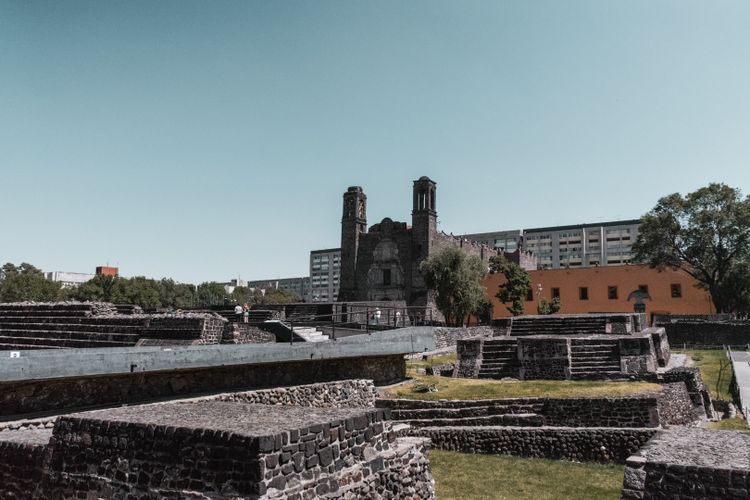 Today, Tlatelolco remains as the largest vertical apartments complex in Mexico. Roughly 55,000 people live there, with 40% being senior citizens and retired. The complex and surrounding neighborhoods such as Tepito, which are considered to be poor, dangerous areas and culturally & physically excluded from the other part of the city.

If you visit Tlatelolco, you can unavoidably learn about some of the important histories in Mexico with different layers — It's definitely worth a visit! 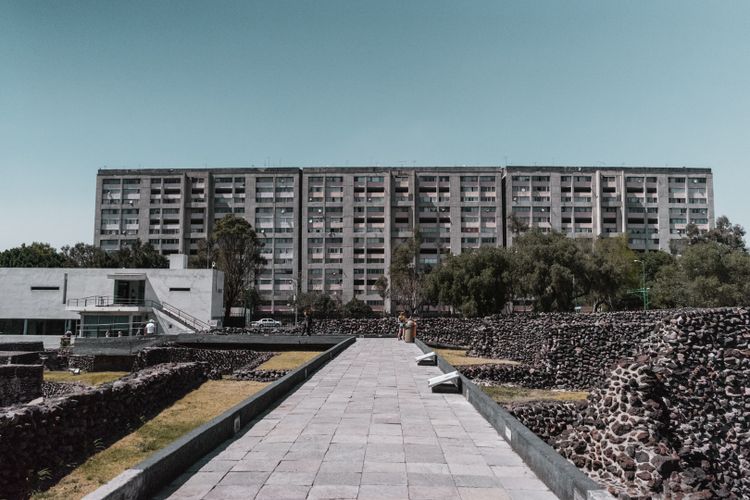