Wrapping up my time in Lomé, Togo

In the previous post, I explained how I ended up coming to the capital city of Togo and spend two months here to collaborate with Sénamé Koffi and WoeLab. This small West African country taught me so much and Lomé was such a welcoming gateway to my first journey in Africa.

You can watch what Julien and I have been doing in collaboration with WoeLab during the two months here.

It's hard to summarize everything — but I'll share some of the highlights from the pictures. 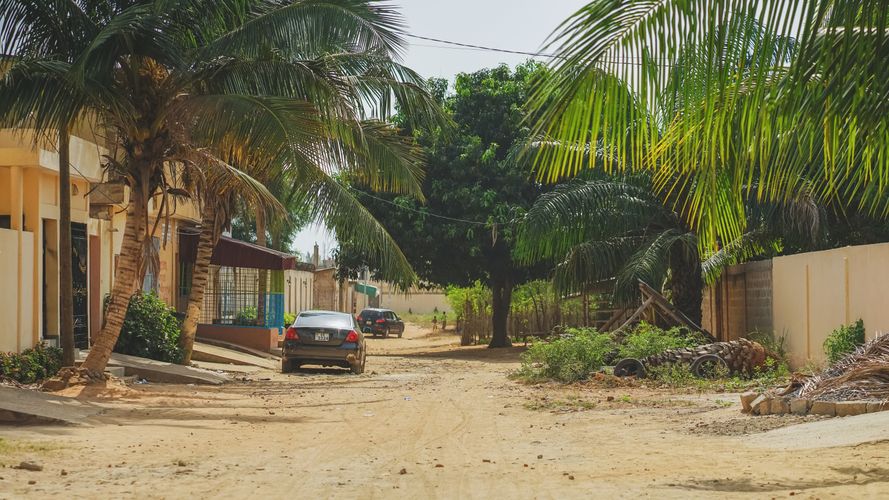 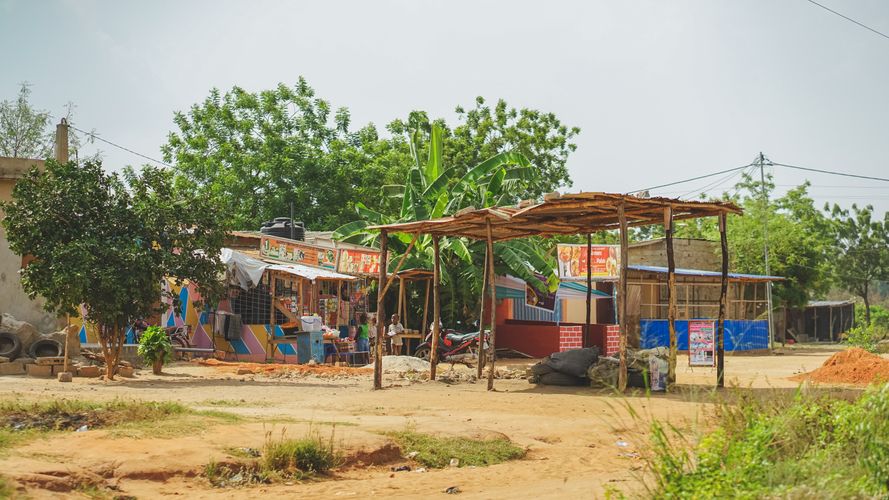 A typical landscape around WoeLab. The whole suburban neighborhoods of Lomé look a bit like this — bare ground, trees, piles of plastic trash on the side, small shops attached to homes, and little shacks made of wood with DIY kind of structures, animals walking around. The suburbs of Lomé thus have a village feel. 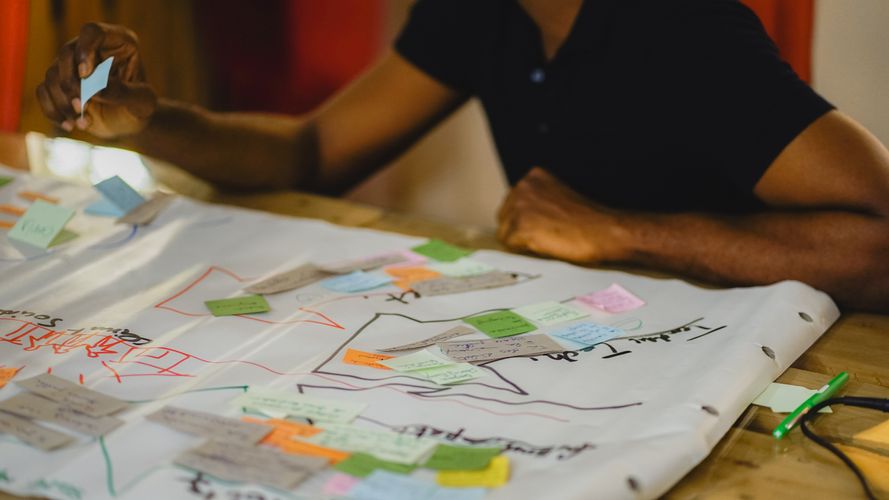 The team had organized a week-long design thinking workshop as a training session for the startup owners of WoeLab. By using the example of SCoPe, an initiative to collect plastic waste to fight against pollution, they have mapped out the various social, economical, and cultural contexts, including understanding persona, and future strategies. 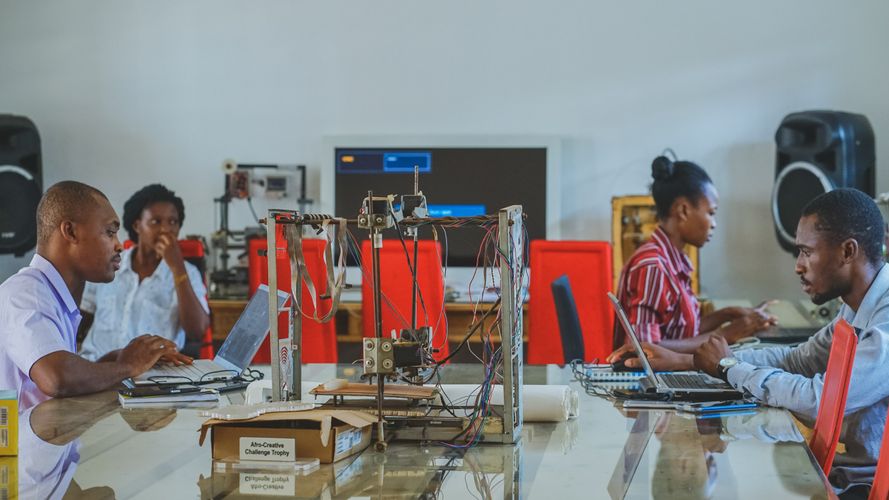 In WoeLab, there are always young, ambitious startup owners pitching their ideas and brushing up their business models. It was very inspiring to exchange ideas with them, learning from their practices. 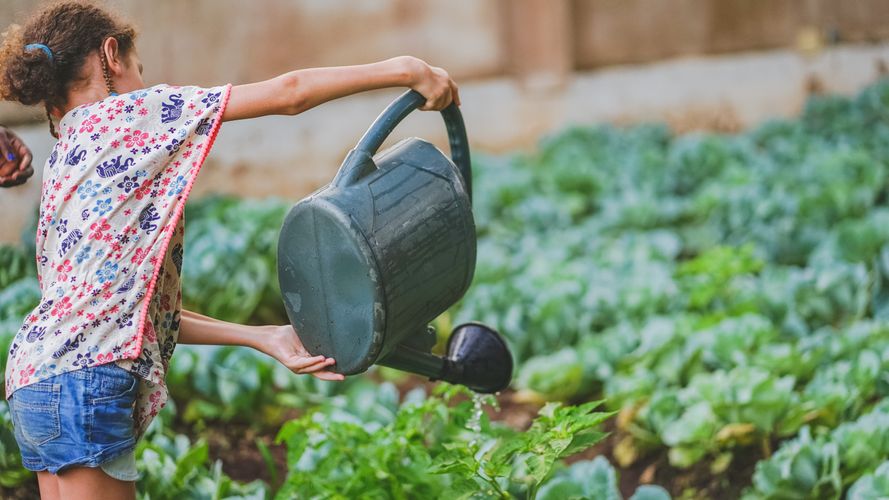 In the complex of WoeLab, there are several urban gardens, where they grow local cabbages and peppers. There are people watering the farms every day, and digital sensors are installed to measure soil conditions such as humidity and temperate. 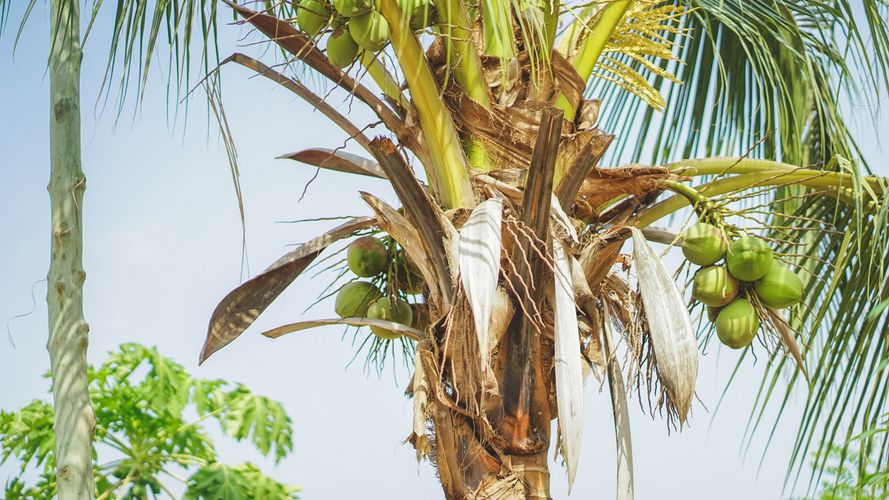 It was great to see all the edible plants around the cities. Most of the households have large open spaces within their house complex, which often include banana, mango, and palm trees — sometimes avocado or noni. It makes so much sense to have plants at your home that produces delicious food, as well as gently provide shadows to protect us from the harsh sunlight during the daytime. 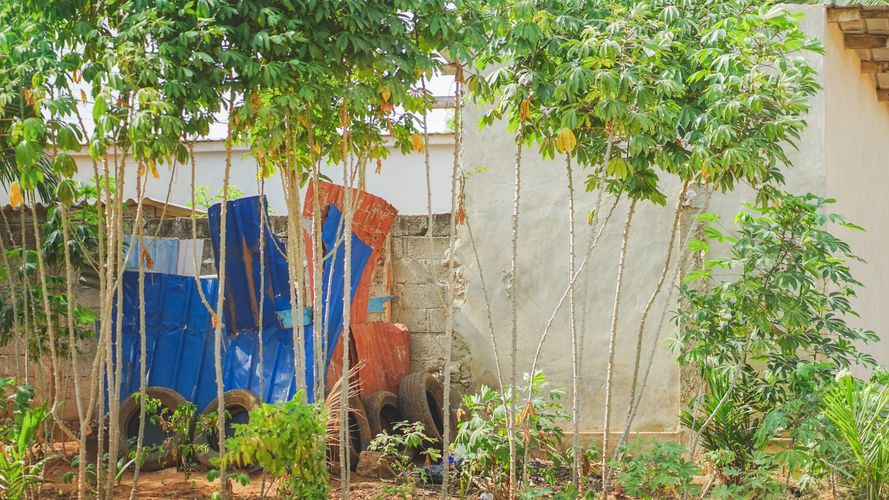 Another example of DIY structure in the city. This is a shower or bathroom made of galvanized iron sheets, and it is nicely secluded from a street thanks to the bushes around. 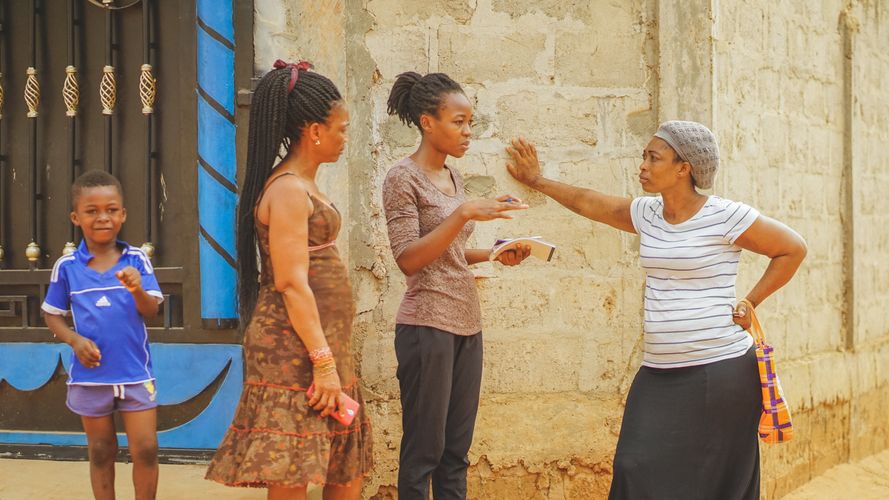 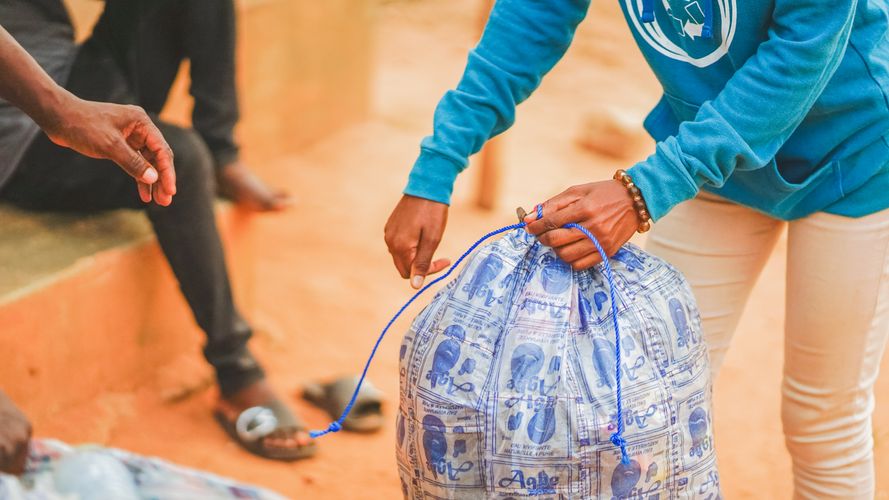 I've spent a lot of time visiting neighbors, especially the users of SCoPE — one of the initiatives of WoeLab — by interviewing them and collecting plastic waste from their households. They have a little device that they can beep with when the trash bag is full, and a team from WoeLab goes out and get the bag. By doing so, I had many opportunities to visit various households and see a glimpse of their everyday lives. 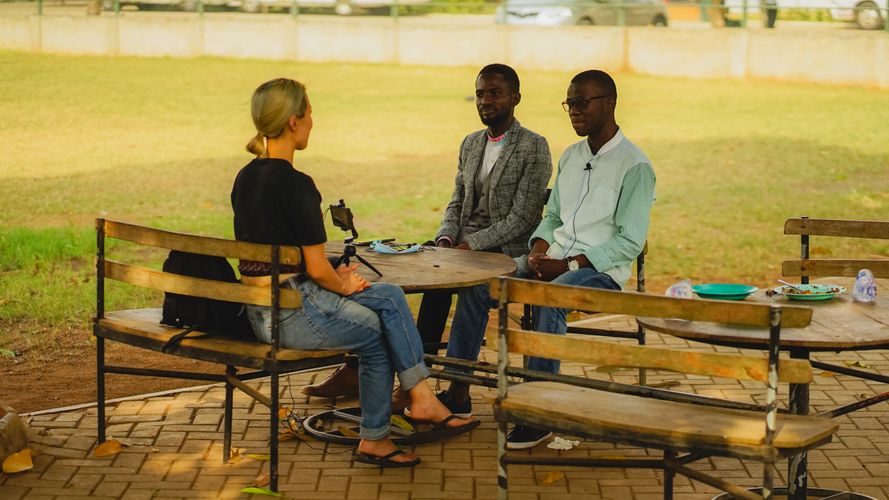 We've visited a local architecture school and had the opportunity to speak with ambitious new talents, who are eager to change their cities in the future. 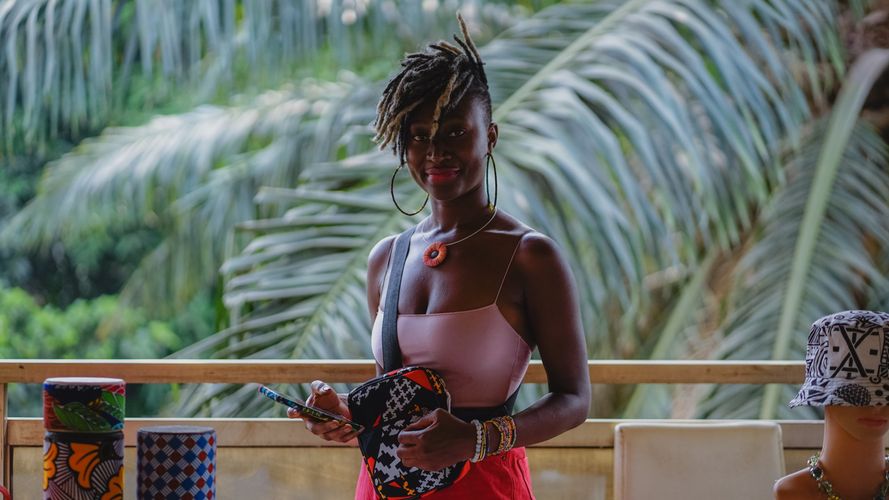 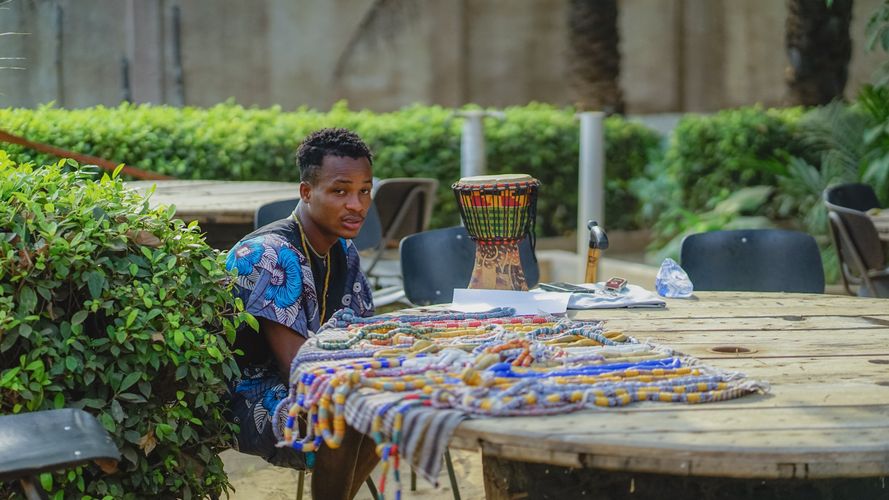 At an event organized by SysWoe, an app to provide a local digital currency, I managed to meet many local and young designers and craftsmen! 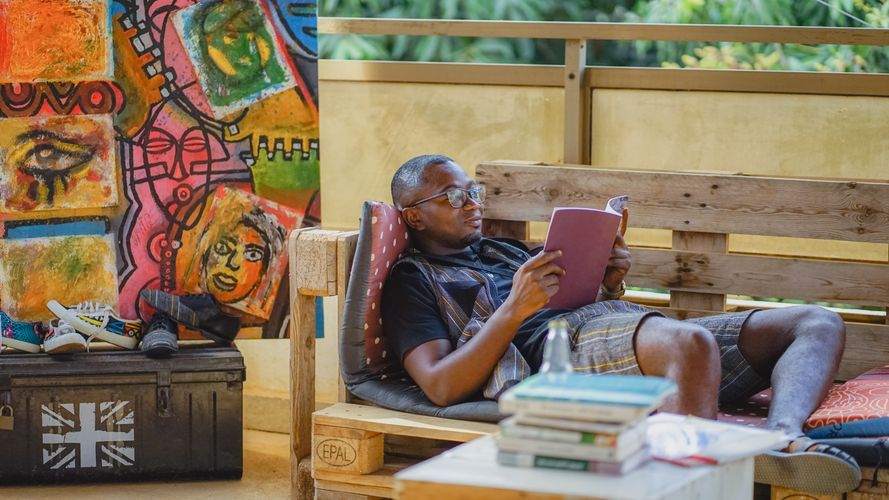 Made in Lome is a local clothing brand, which introduces the beauty of traditional Togolese textiles.