Honmachi Escola: In Praise of Do It Yourselfism

One thing that we've encountered and continuously been impressed by in Kyoto is the thriving culture of "make it your own." We've seen a number of sustainable self-build projects that are lodging an eloquent protest against the homogenization of our cities and the runaway train of consumerism now rolling across the globe.

Above all, we've been impressed by the way that Honmachi Escola helps us reconceive our relationship with communities in cities and our way of living.

Honmachi Escola is a project utilizing a complex of 8 unused buildings and a 350m2 open square in the Honmachi neighborhood close to Sanjusangendo shrine. Currently, three buildings of the complex are used for accommodations, and the rest are studios and offices. It's hard to explain what Honmachi Escola is about in one word, though.That’s likely the point, though — it might be less about the definition, but rather what this place might mean at the deepest level for those who live and visit here. 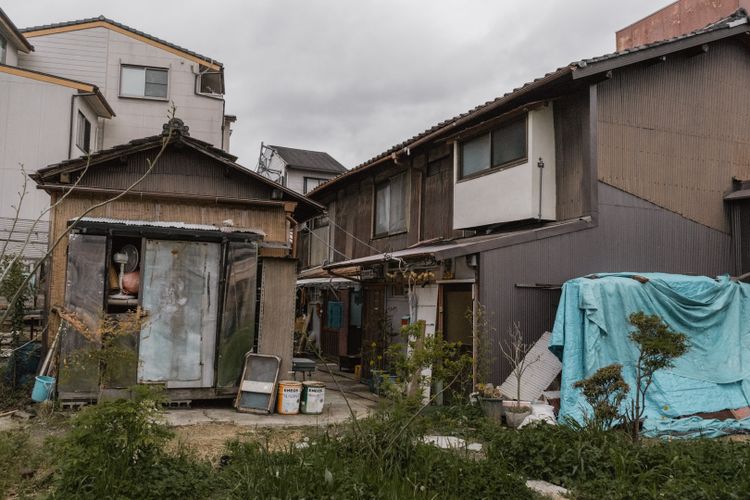 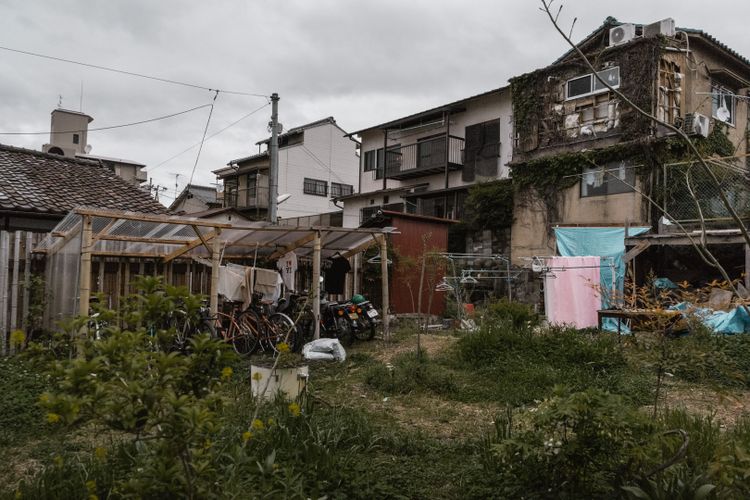 The complex of Honmachi Escola and its garden, hidden in the back of narrow alleyways.

"Escola" — a Place to Learn

This area is known for its aging population and high ratio of vacant houses. Old buildings in narrow alleyways (typical for an old neighborhood like this) are usually quite hard to renovate or reconstruct, both legally and functionally. The complex now known as Honmachi Escola used to be one such abandoned property. 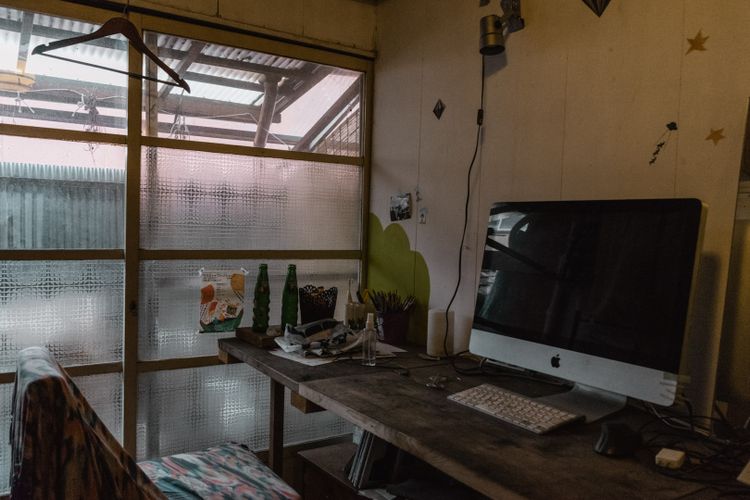 Inside of one of their shared studios. Tenants have customized their space by themselves.

The project was born in 2014 with the support of HAPS, a non-profit organization supporting Kyoto-based artists, along with public funding from the city of Kyoto. Sasaki, an artist specializing in Brazilian music, started with the idea of creating a gathering place to invite music lovers like himself. With the help of Jun Yamaguchi, an architectural researcher at the time enrolled at Ritsumei University, as well as other community members, the project has evolved from there. They named the place "Escola" — the Portuguese word for "school". The name is apt: Honmachi Escola is surely a place people can learn from each other.

DIY Spirit and Art of Self-Building

Sasaki, Yamaguchi, and the other community members designed a whole renovation plan and slowly started updating & customizing the space based on their needs. Now there are approximately10 people in the community who are actively living and using the studios there, all contributing to the ever-updating self-building process in the Escola.

"Human creativity can't play its role in the fixed, given condition. That's why it's important that we do it by ourselves"

says Jun Yamaguchi, who participated in an interview with us. 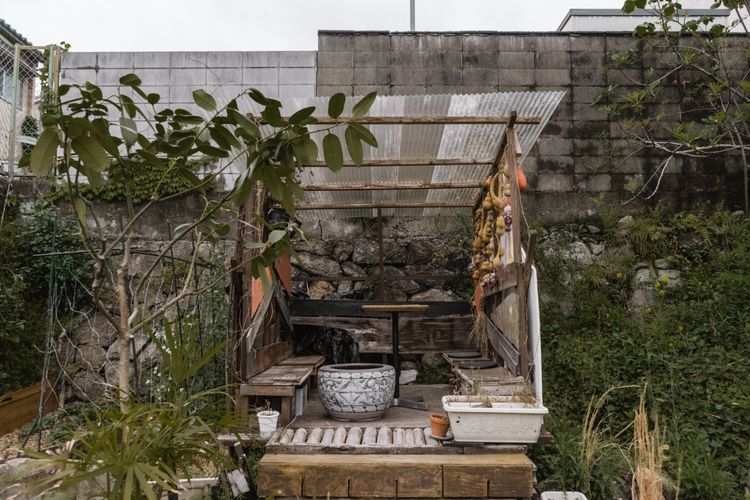 A tea room in the garden that was built by community members. 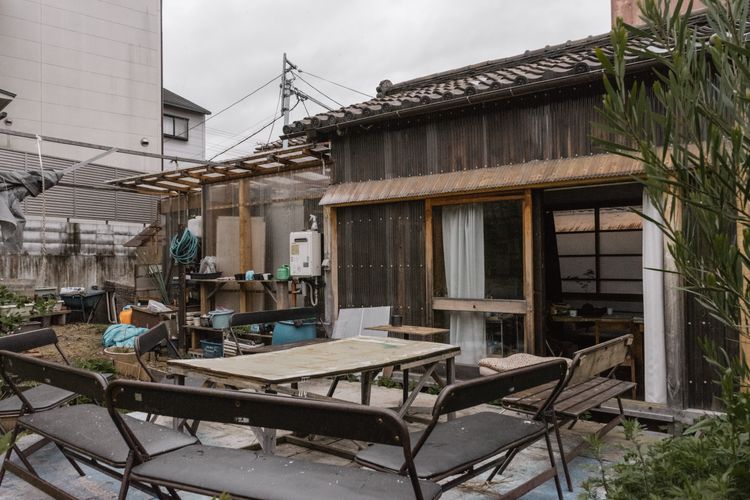 Outdoor space that stretches out from the kitchen. 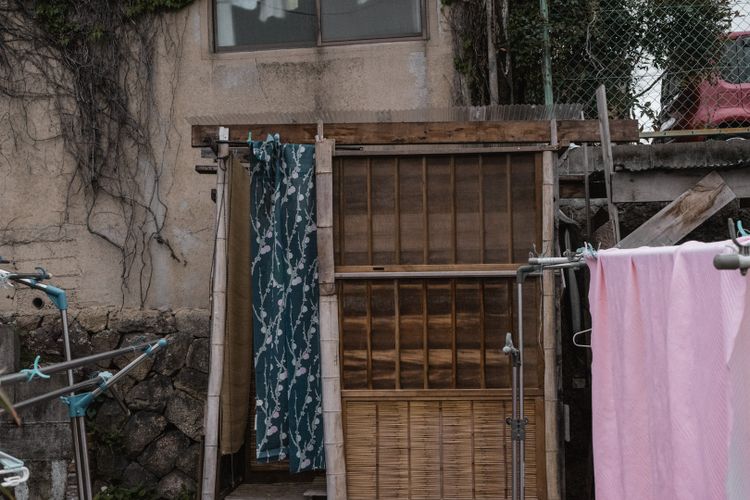 There is even a composting toilet (!) they built by themselves in the garden.

They are aiming to create a strong community along with sustainable buildings and infrastructures in the heart of the city. The tenants have their own unique skills and expertise, varying from architecture to ecology. "When we bring everyone's skills together, we can make almost anything that we use in our everyday lives," I was passionately told by Leo, one of the residents in Escola. 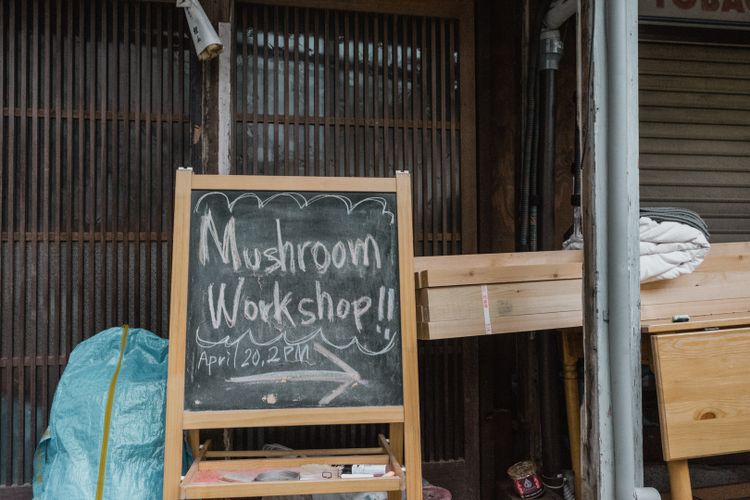 The first thing that greeted me at the entrance was this sign which was used at a workshop they organized a few weeks ago. I'd love to live in a community where such an interesting workshop as this would be held. 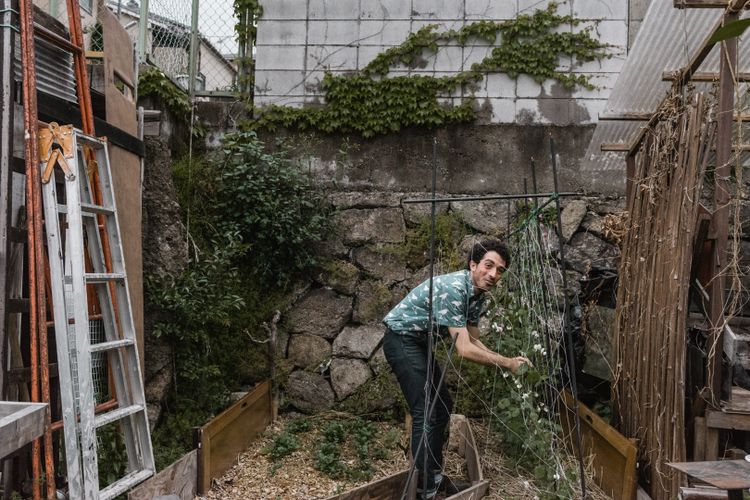 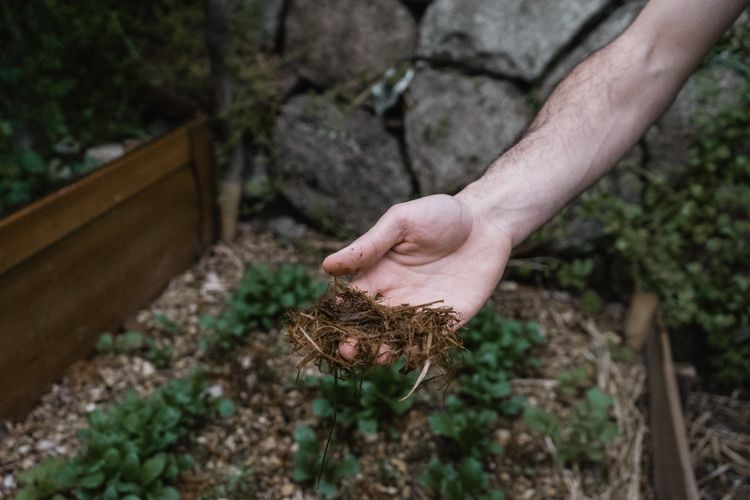 Leo, who studies ecology, explains how they grow vegetables and herbs in their garden.They get ready-to-use natural manure (elephant, giraffe, and zebra) from the Kyoto City Zoo, where Leo studied for a year, and use it as fertilizer as well as for improving their homemade compost.

They are open to the public a few times a year, hosting events, fairs, and workshops to invite people into their community. They have various programs where they invite students and artists to hold field work, stay for short-term artist residencies, and so on.

Residents' passion for do-it-youselfism never stops. too. They are continuously developing ideas, such as installing a sustainable energy system, updating their water system, raising chickens and bees, and more.

They are also working to develop a more meaningful relationship with their neighborhood.

"This neighborhood is one of the oldest neighborhoods in Kyoto. We are witnessing a new wave of redevelopment around here, but we try to sustain & deepen our relationship with the neighborhoods. I am from Paris, and I know what happens to cities through gentrification. I don't want it to happen here, and we try our best to play our role to fight against the homogenization of our cities and consumerism." says Leo. 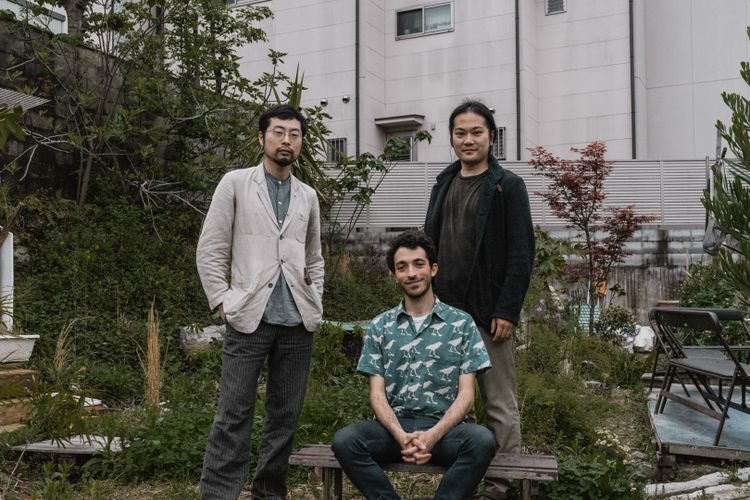 Recently, interest has surged in the idea of small-scale, incremental, do-it-yourself urban improvement. A self-building project that is resident-generated, low budget, and substantially bottom-up like Honmachi Escola has the potential to encourage people to try out alternative urban ways of living.