CICLO: Using art and culture for reappropriating our cities

CICLO is a Mexico-based organization that conducts artistic interventions to provoke memories and local identities in urban public spaces. By collaborating with artists, CICLO has made several public arts in the streets, as well as organized workshops, tours, and art exhibitions all over the world. Laura Reséndiz, CICLO´s director has shared her concept and approach of CICLO with us during our stay in México.

Using art and culture for reappropriating our cities

The main objective of CICLO is to reappropriate our cities and public spaces with art and culture. It also means community engagement and collective research through retaking identity, memories, and histories of our cities. By these processes, CICLO aims to make art more accessible to the general public outside of the exclusive art industry. “We try to decipher arts into the simple languages for everyone to understand and enjoy.” Laura says. 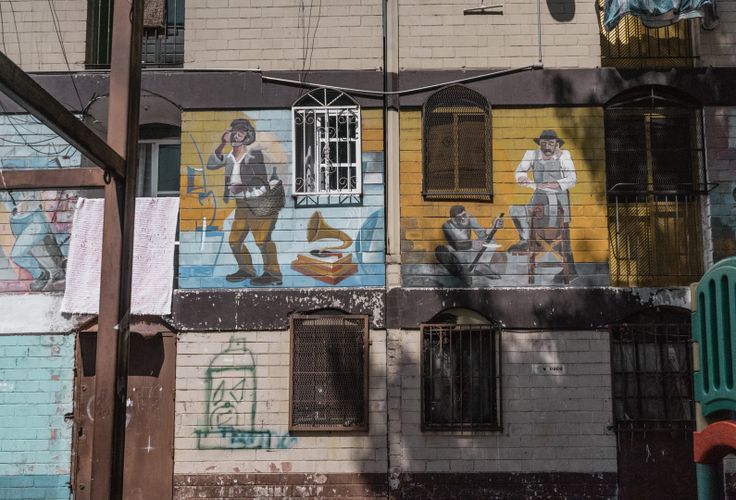 For this purpose, the streets are their stages.

“Public space is a reflection of our society, and these are the places that have the potential to accommodate precious human encounters to make everyone richer. If you give a little bit of love and some care in our space, everything re-accommodates organically. There are many ways of doing it — I happen to know art, so I naturally started using arts in the streets.”

Tepito, a neighborhood of “barrio” 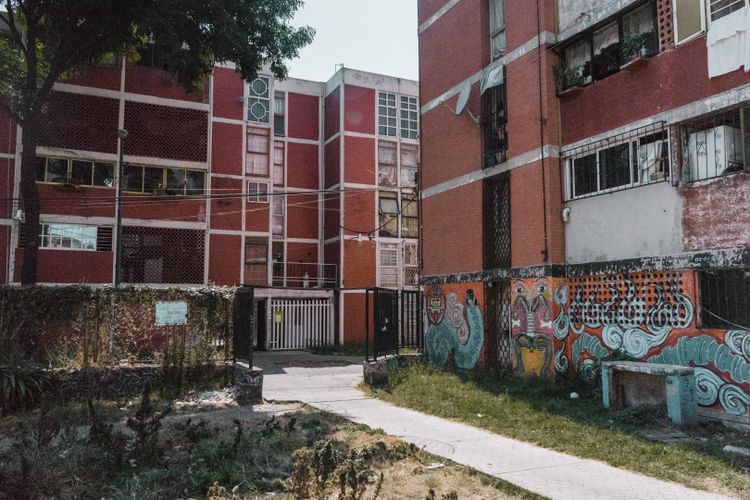 “There is still a “barrio” feeling in Tepito — no international chains, and the neighborhood still maintains its local, pre-Hispanic atmospheres. However, despite its cultural richness, it is also true that Tepito is physically and culturally excluded from the rest of the city. ” Laura explains.

“A common narrative about Tepito as being dangerous fosters stereotypes and grows distance between communities. When I was invited by the cultural center, Casa Barrio Tepito to make an artistic intervention here, the goal was to change this narrative by using the power of art. We spent a whole year just to get to know the barrio by ourselves, and building relationship with the local inhabitants.“ 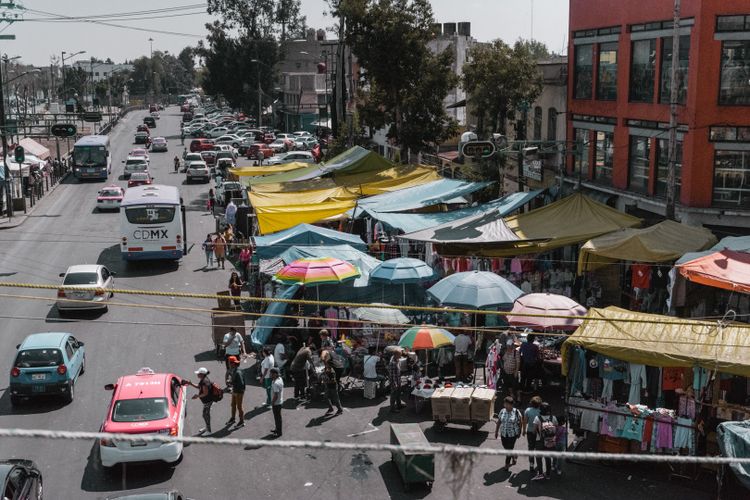 Jacobo Noe loeza, a director from Casa barrio Tepito, and an architect Mauricio Vergara gave us a tour in Tepito to visit some of the important art works in Tepito. 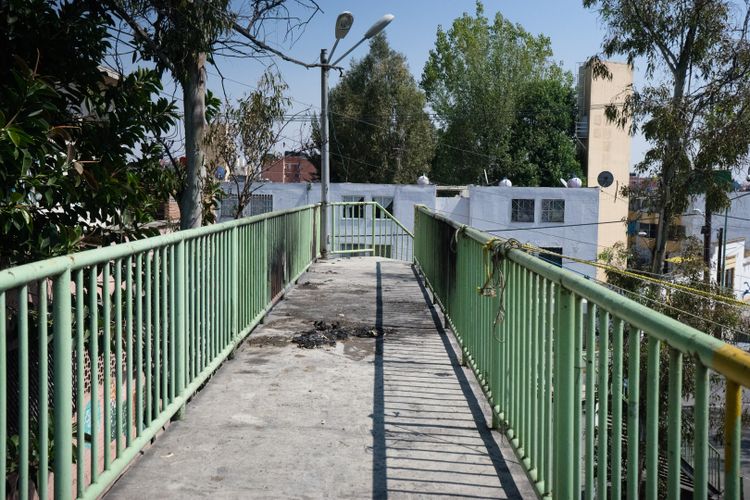 Currently CICLO is working on transforming this pedestrian bridge to make the space more pleasant and safe with an artist. 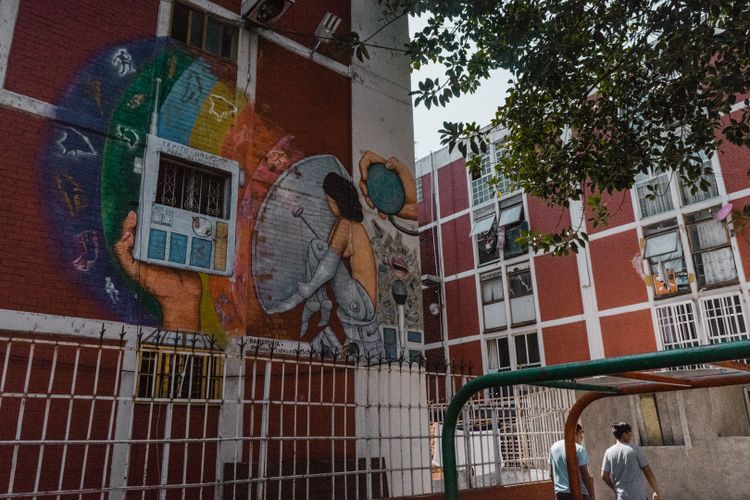 You can always find some impressive public art pieces in the streets in Tepito. 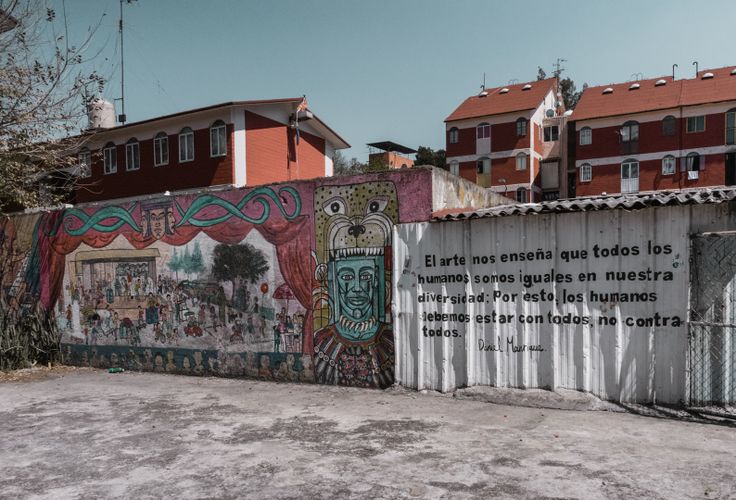 "Art teaches us that all humans are equal in our diversity. this is why humans must be with everyone, not against everyone" — Daniel Manrique, who started a cultural movement in Tepito called 'Tepito Arte Acá'

“I started working with sociologist, anthropologist, and historians, to learn all the guideline and methodologies from them. I am always trying to open myself up to listen and learn local spaces I am working on, and think about what kind of message I am giving to the streets. ” Laura said.

Art of international collaboration, and QiPO

Laura is also part of the international curatorial organization QiPO. QiPO is a team of international curators, artists, and producers with the purpose of promoting dialogue and social engagement. They had their first art exhibit during the Art Fair Week in Mexico City.

“Being in an international team like this can provide me with more perspectives about how art can be created, distributed, and consumed by people in the streets. Arts in a street, in a city — these are my motivation and inspiration for my work, including QiPO.”

Their first exhibit QiPO01 took place in an empty building in the heart of Mexico City. Some of the unoccupied rooms were converted to art spaces by QiPO and they opened up the exhibit to the public. 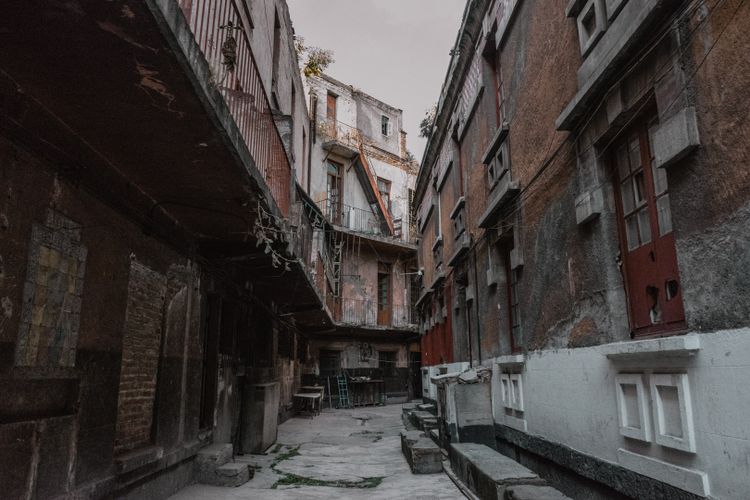 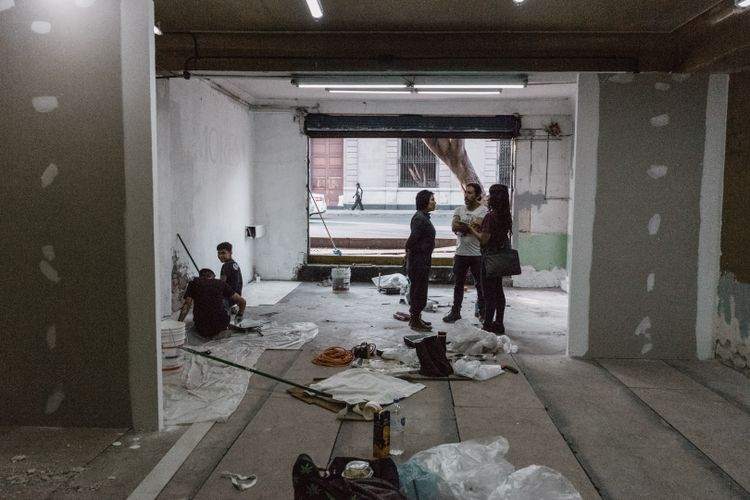 They created the exibition space from zero. 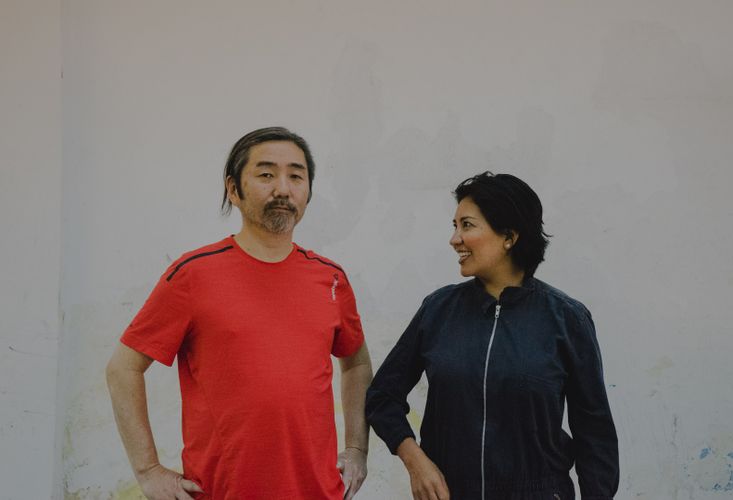 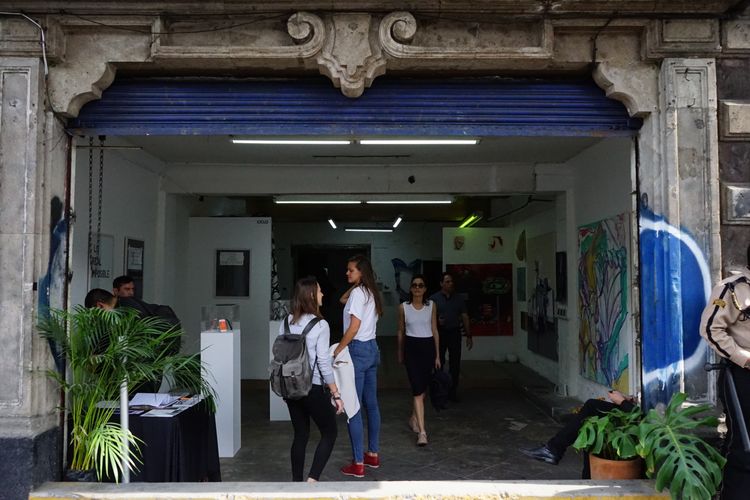 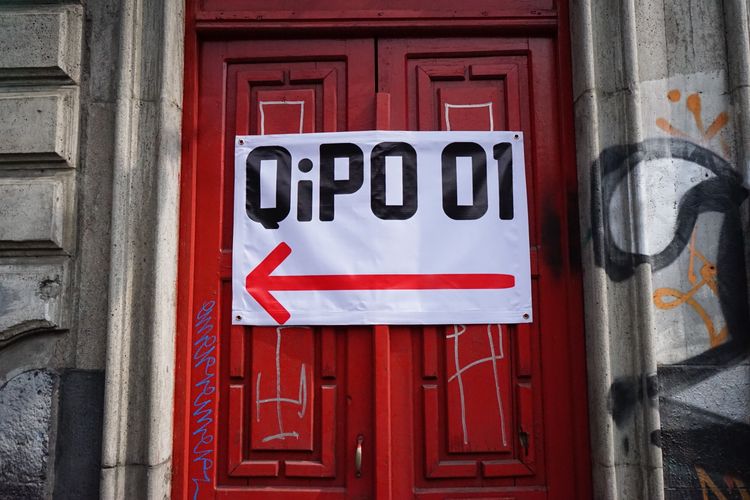 “We wanted to make a different kind of story and narrative in arts — with our international nature and diversity.” Ichiro Irie, a founding member of QiPO, told us during the Art Fair Week. “Especially in Mexico City, museums and galleries are very protective, and there are many barriers for people to walk in. That’s why we decided to have this exhibit in a pedestrian area. Anybody walking down the street can walk in freely, without being intimidated by a ticket booth, guardsmen, and prestigious hallways like most of the museums.“

CICLO and Laura will continue working to shorten the distance between the art galleries and the public, making the arts accessible to everyone and creating art in the streets. 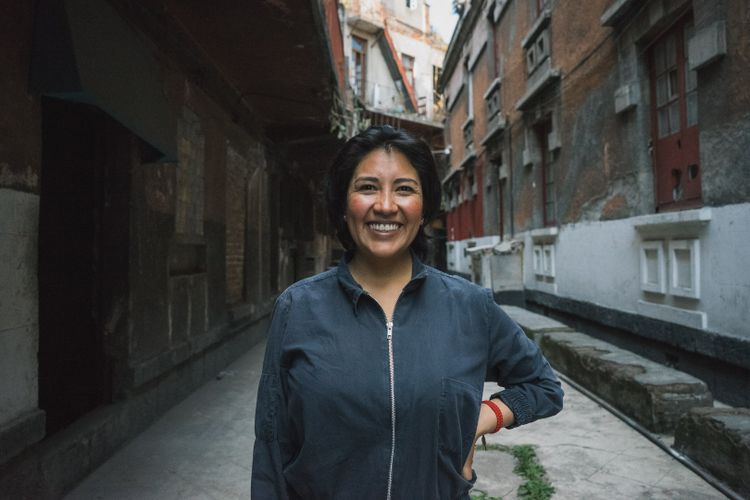 Born and raised in Mexico City, Laura Resendiz received her BA in Art History at Universidad Iberoamericana, and studied abroad at University of Salamanca, Spain. Laura Reséndiz is intersted in the processes of artistic production that create dialogue not only through gallery or museum exhibitions, but in greater societal environments as well. She firmly believes that Art as an educational and well driven tool can create positive urban-emotional transformations. With the organization she founded, CICLO, Reséndiz generates alternative platforms and opportunities for artists and other creative professionals to collaborate with people from diverse communities that integrate and include local history and interests in public spaces. Her multidisciplinary nature includes the founding of Anonymous Gallery in Mexico city which she co-directed until 2016; and her work with Omninbus, a cultural television program, as producer and interviewer, Rim Magazine as editor, and ARCO DATA España as writer, among others. As a teacher she has taught at Casa del lago, Royal Academy of San Carlos, UNAM National University (CdMx) and UDLA University (Pue).