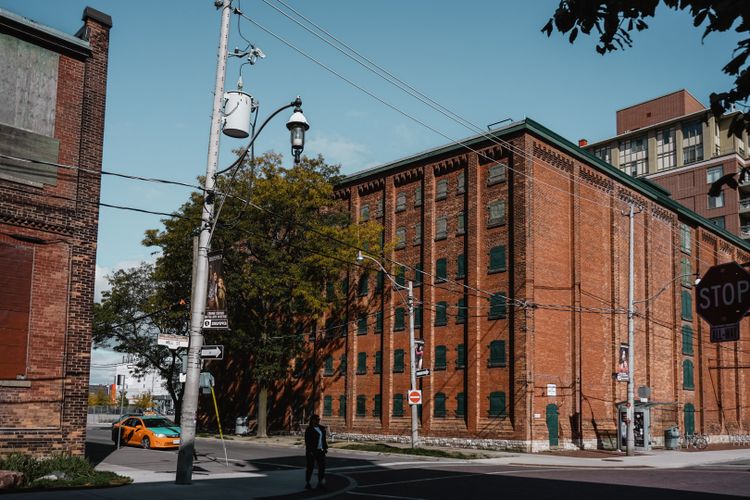 The Distillery District is one of the most popular sites of Toronto to visit, both for tourists and locals. This district comprises more than 40 heritage buildings of the former Gooderham and Worts Distillery, and it is known as the largest collection of Victorian-era industrial architecture in North America. 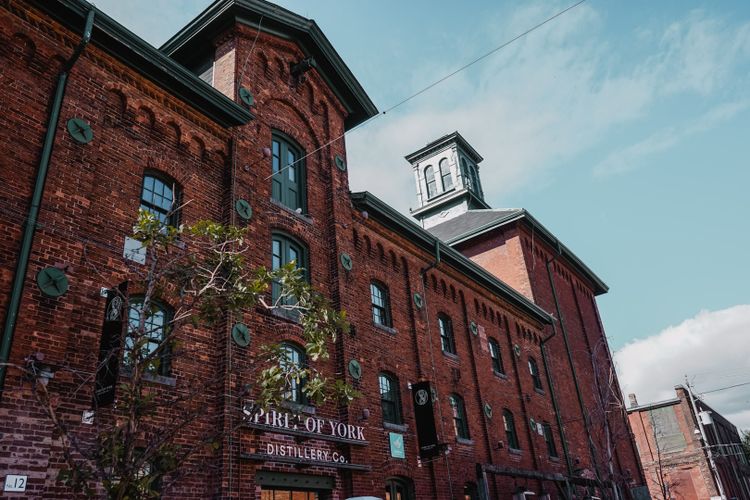 Now, after the very recent urban renewal project, it has transformed into a mix of a commercial and residential district. How to preserve heritage sites while making it livable and suitable for today's needs is a kind of question that all planners and architects need to face anywhere in the world. Just like other heritage sites, revitalization of the Distillery District stirs up a debate. 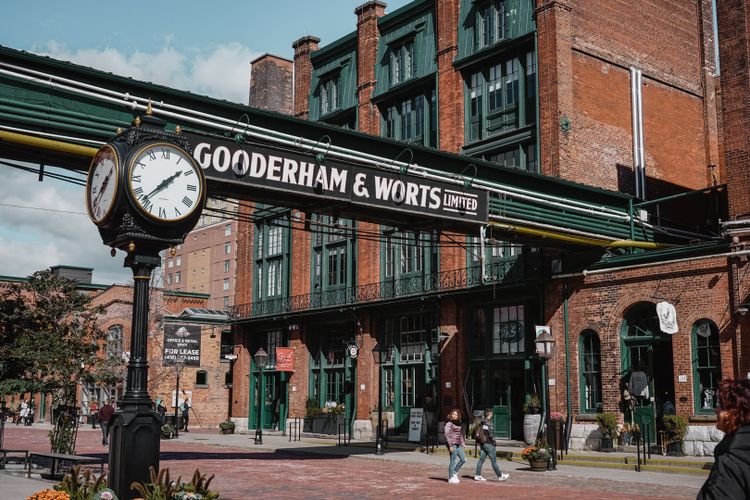 In the 1860s, the Distillery District was home to the Gooderham and Worts distillery, which was the largest distillery in the world by the late 1860s.

Just imagine a ton of whiskey being produced and exported to the world from here back in the days. The area was not only an industrial center but also an important transshipping hub, having a connection to the rest of Canada and the world. 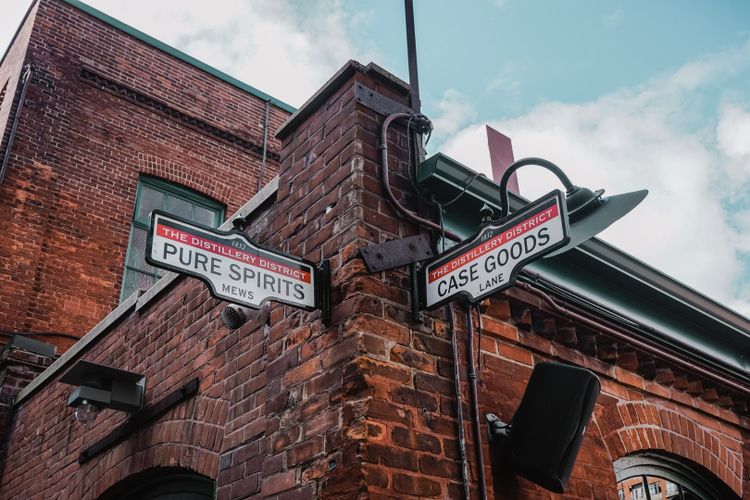 Of course, the district got left derelict after the deindustrialization — but has been protected under the Ontario Heritage Act since 1976.

So here's what happened.

Even though it has been protected by the Heritage act, the economic recession of the early 1990s resulted in the construction of two residential condominium buildings on the periphery of the district during the late 1990s. In 2001, the site was purchased by Cityscape Holdings Inc., and there are more condominium buildings coming in. You can read the recent debates over the new development here. 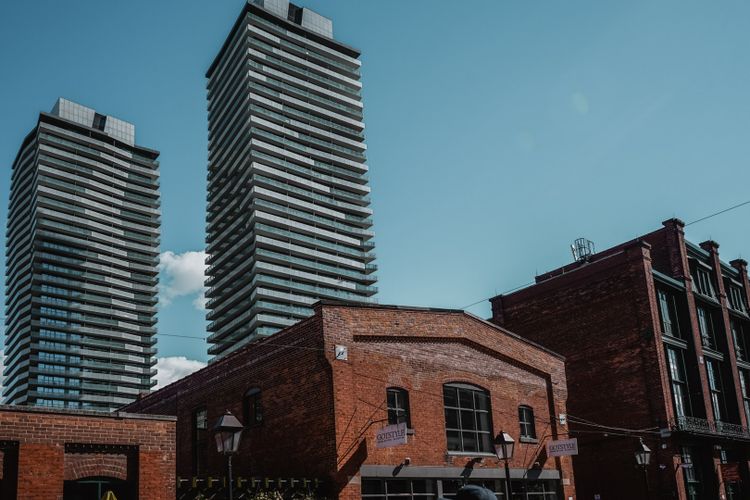 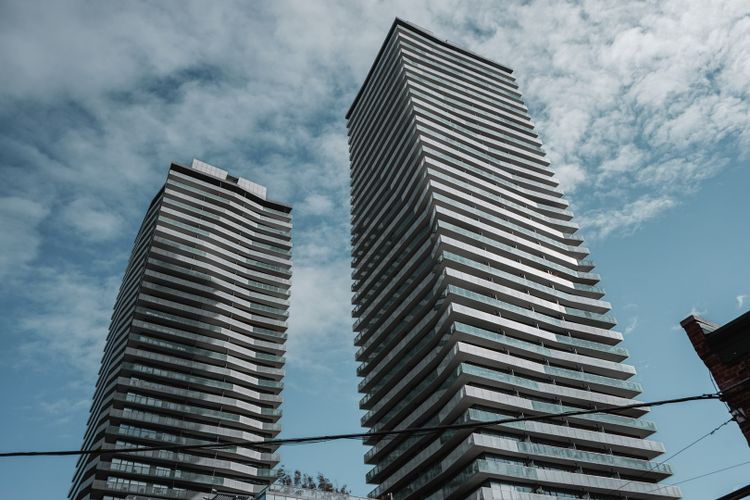 Personally, this is not the most harmonious combination in terms of design and density. But how would I know what's right or not.

Aside from the condominiums, the land use has changed a lot since the industrial age. Now it is mixed-use land, including a combination of land uses such as commercial, residential, entertainment facilities, and art galleries; it is now a place to live, work, play and consume, rather than industrial.

What is a right way?

Any revitalization development on an industrial site raises a question about how to balance heritage preservation with our 21 century needs — density, mixed-use, etc. It is obviously always a never-ending question and there is no absolute solution for it. But at least we can visit these sites and good examples to feel, experience, and keep questioning to ourselves how we want past and present to coexist. 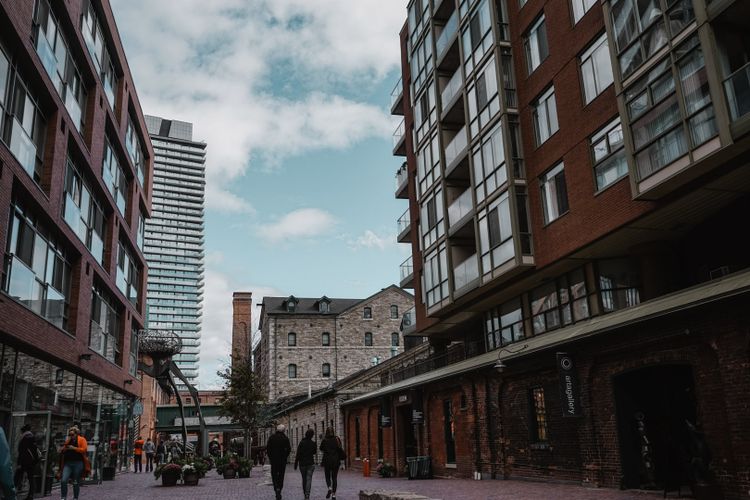