This essay was written by Leo Porte, who researches the revitalisation of marginal areas in Japan. He volunteers and investigate citizen based initiatives in Kamagasaki, which has the largest concentration of poverty, homelessness, and welfare recipients in all of Japan. You can also read another article here by him.

On March 31st, 2019, Osaka City closed the Airin Labour Welfare Center — displacing, separating, and diminishing the provision of housing, employment, and socio-medical support in Kamagasaki. For half a century, the Center has tended to some of the 30,000 day-labourers of the district which is notorious for having the largest concentration of poverty, homelessness, and welfare recipients in all of Japan. While the decision claimed to be triggered by the facility's dilapidated condition facing important seismic risks, local dwellers and citizens seeing in this venture another step towards the gentrification of the historical blue collar “ghetto”, decided to occupy the Center. 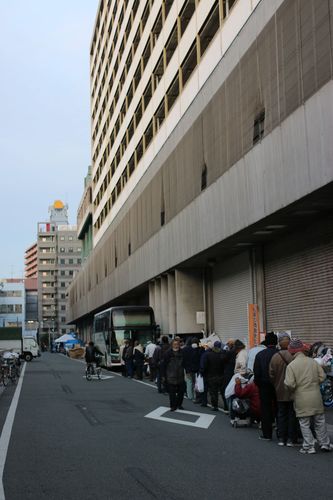 Residents of the districts queueing to receive a free ration of soup in front of the Airin Labour Welfare Center — the very same place they used to queue for daily work not so long ago (December 2020, Porte Leo)

Within twenty-four days after the closure, over two hundred policemen were deployed to expel the hundred occupants. Yet, far from being discouraged, most of them re-settled in the streets surrounding the facility. Among the mosaic of displaced individuals finding a new space nearby, a dozen people gathered informally to form the “Action for the Opening of the Kamagasaki Center Group” (AOKC). In addition to publicly revealing their current struggle by their occupation of the space, members of the group supplement the functions of the Center by assisting the everyday life of the hundreds of homeless people through the provision of warm meals, clothes, temporary shelters, cultural activities, and administrative and legal procedures.

The latter of these has proved crucial following the city authorities’ decision to sue twenty-two occupants of the center in April 2020 after collecting their names through questionable methods. Homeless residents who gave their names, believing to answer a simple municipal survey, were indeed far from understanding that by doing so they would be dragged defenseless in front of the Osaka Prefectural Court under the grounds of illegal occupation. The ongoing trial has since been joined by five more occupants, volunteering to be in the docket as a pledge of solidarity to the twenty-two accused. 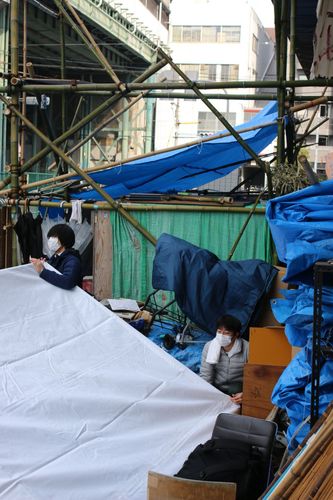 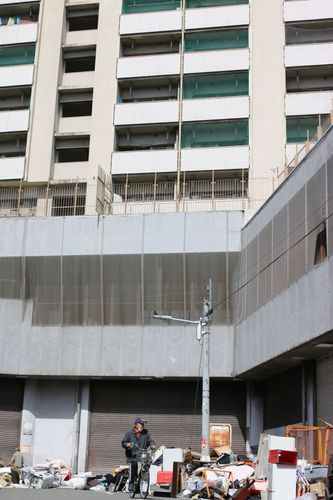 On national holidays, welfare municipal services are interrupted and the AOKC group, among other NGOs, fully replaces them. On such occasions the amount of support they provide can be considerable and extra hands are always welcomed. Some of my friends began to volunteer during the new year holidays to support the group’s actions rather than following the custom of going back to their hometowns to spend time with their families. I first decided to follow their example in December 2019. Since then, I have stayed in Kamagasaki a couple of times per year to lend a hand. The relative indifference of traditional media and the public for this struggle, in addition to the rampant clichés inhabitants of the district are associated with, triggered me to speak up about the AOKC group’s actions and, more generally, Kamagaski’s current situation.

An historical shelter for precarious populations

Kamagasaki finds its origin in 1903, when the holding of the 5th National Industrial Exhibition in Osaka — the last and largest demonstration of its time, showcasing Japan’s efforts of modernization closing the Meiji period — forced the population of Nago Town slum, known for its daily labourers or yoseba since the early Edo period, to seek refuge in the neighbouring district of Kamagasaki.

After vanishing once under the US bombs of 1945 air raids, the area was resurrected around an emerging outdoor black market. The needs for the daily labours were supplied by the constant flow of homecoming veterans and unfortunate overseas settlers of the fallen Japanese Empire.

The 1960’s, under the rule of the US occupation forces, saw the first tentative attempts from local authorities to partially dismantle the area and the maze-like streets surrounding the black market. This was achieved by the widening of streets like the Imamiya road, which now faces the Airin Welfare Center, and by the construction of cheap lodging in adjacent areas to drag families out of Kamagasaki. This resulted in a demographic singularity — to this day, the district is dominated by households comprising only one single man.

The arrival of young men from rural areas following the collapse of mining and forest industries reinforced this tendency and supported Osaka’s constant urban development — the materialization of the so-called “Japanese Economic Miracle.” The mobilization of this labour reservoir culminated in 1970 with the Osaka World Expo, the first international event held in the archipelago since the 1903 Industrial Exhibition that gave birth to the district.

The opening of the Airin Welfare Center in the same year of the World Expo is another marker of the city government to organize and control this increasing mass of workable men after the eruption of a large riot in 1961 triggered by police brutality. The name of the new facility itself reveals the intention — the new name of the district “Airin-chiku” was decided by the city in 1966 to clean up Kamagasaki’s infamous image, which was associated with violence, organized crime, and drugs. A gap is still visible today between old residents continuing to call the district by its old name while media and officials exclusively refer to the new one. 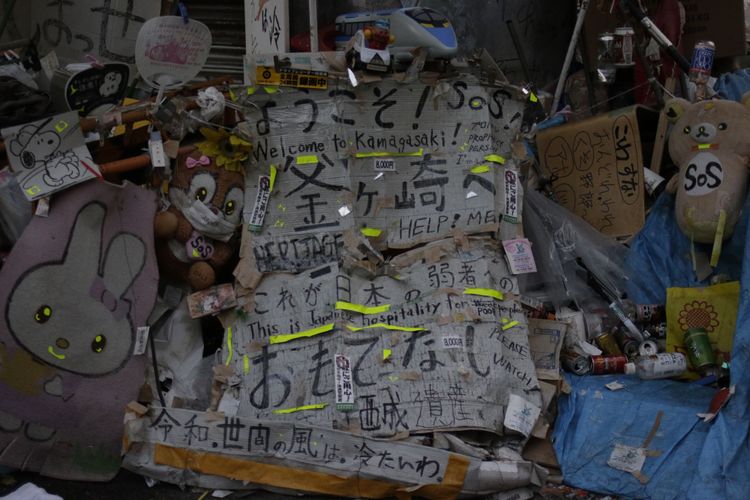 Ironically, following the “Progress and Harmony for Mankind” 1970 expo, the decade saw the beginning of a persistent period of unemployment. In the aftermath of the 1973 oil shock and the collapse of the bubble economy, workers in precarious financial positions accumulated in the district streets. Despite the lack of employment, the rural population, pauperized by the country's economic situation, continued to flow in from the impoverished prefectures of Okinawa, Shikoku, and Kyushu islands. This trend worsened in the 90s with a resurgence of large riots and the emergence of NGOs of all kinds to support the growing mass of aging and proletarianized labourers. 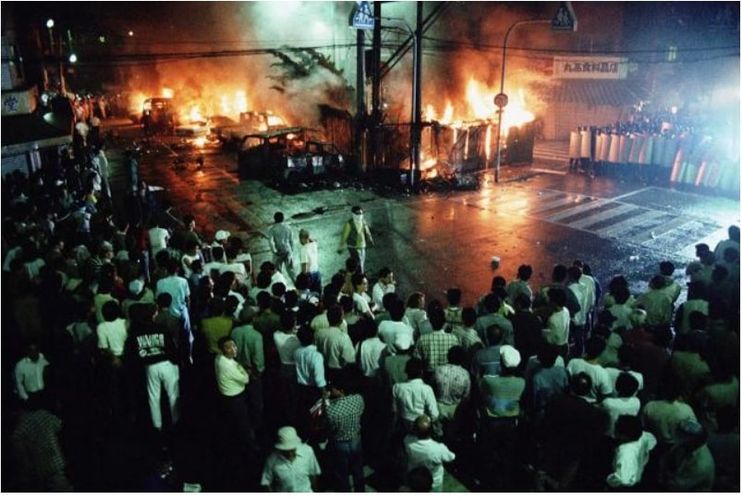 Planification of an urban gentrification

The interest of the city towards the district drastically changed over recent years amid the 2012 Nishinari Special Zone Project initiated by mayor Tōru Hashimoto intending to turn Kamagasaki into a shopping and tourist hub by taking advantage of its central location in the city as well as the multitude of train lines that connect it to neighbouring prefectures and the Kansai International Airport. The urban landscape is already showing evidence of these changes, as local services historically bound to the district’s day-labourer activities such as storage and lodging have now adapted their offers to target foreign backpackers. Displaying the cheapest prices of the city (if not the country), the district is now featured in numerous online travel blogs, all unaware that the demand they create in this “underground” Japanese district, fed by international venues (Rugby World Cup 2019, Osaka World Expo 2025), is dramatically raising prices and forcing residents out.

More directly, the hundreds of street vendors that used to enliven the district lanes have all but disappeared in fear of repression by the omnipresent police patrols, systematic since 2013. In the same period, access to spaces under elevated train tracks, which offer shelter to many homeless against harsh weather, has continuously been forbidden by barbed wire and security cameras. 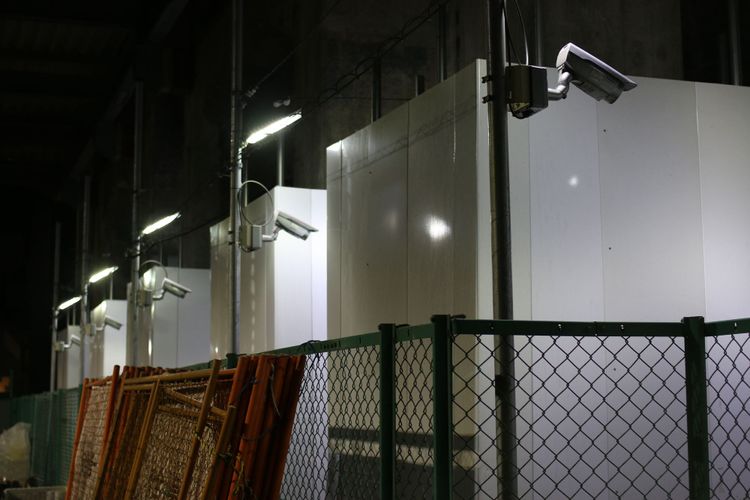 Under the elevated train tracks of Shin-Imamiya station 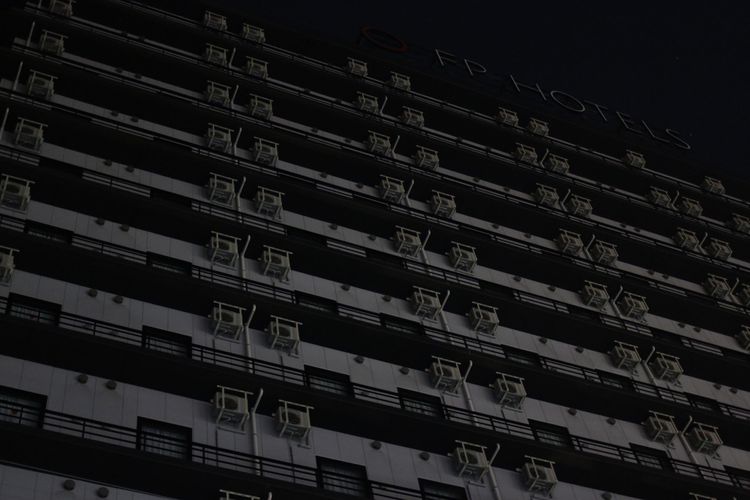 The brand new FP Hotel facing the Airin Welfare Center, with lights out due to Covid-19 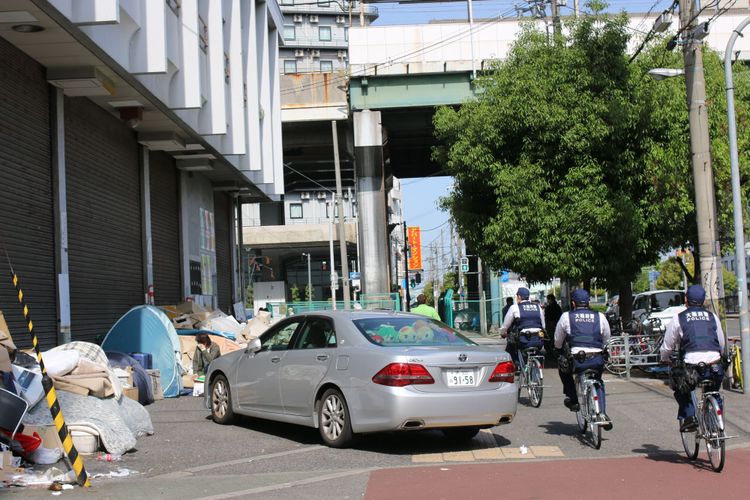 Tents, cardboards and futons in front of the center shutted gates, the car of a middle man looking for labour and a police patrol

To everyone’s surprise, however, the court decided on December 1st, 2020 to reject the “Order of Provisional Disposition Prohibiting Transfer of Possession,” which is a legal procedure attempted by Osaka Prefecture to evict all occupants of the Airin Welfare Center’s surroundings even before the trial’s final verdict. This rare decision of the court to deny a procedure commonly used in Japan to forbid the emergence of squatters, heartened the members of the AOKC group already struggling to reduce the winter death toll and the spread of the Covid-19 pandemic among the district population.
Although none are naive about the coming trial's final outcome, any additional time gained can be put to the service of Kamagasaki’s last historical and marginalized inhabitants. 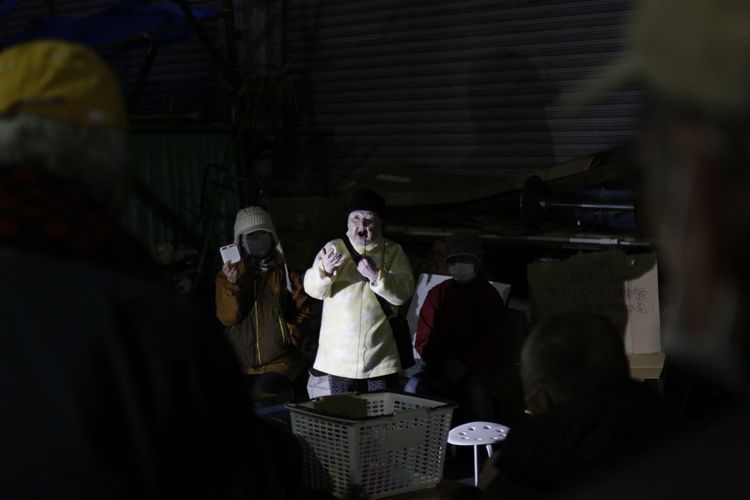 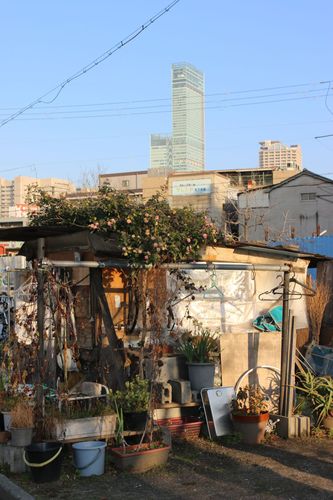 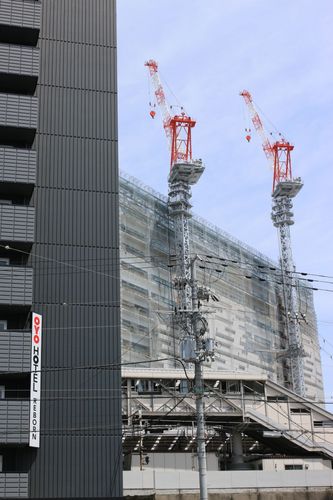 A hut in Sankaku Park with Abeno Harukas — tallest skyscraper in Japan — in the background, a symbol of the local landscape evolution project and sardonically called “Hashimoto’s desk” by local dwellers (December 2020) — Construction of a new hotel north of Shin-Imamiya station (May 2021) 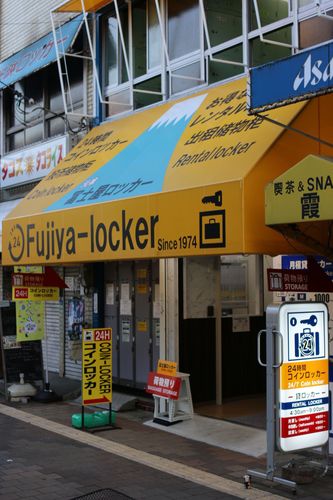 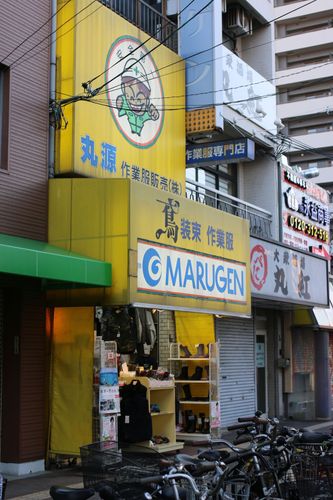 As locker service that adapted its offer in English, Chinese and Korea and a typical working equipments shop 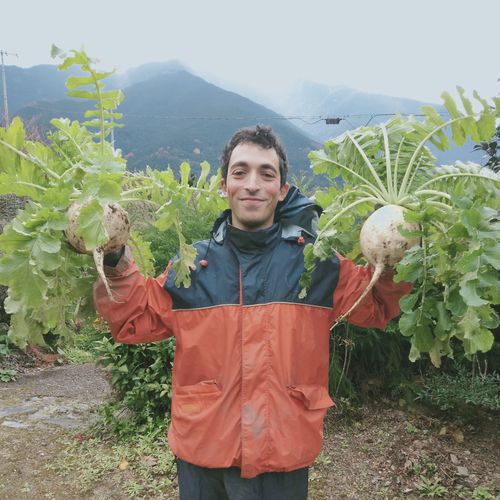